The Bilbao Fine Arts Museum and the BBVA Foundation are launching the book Piedra y cielo. Jorge Oteiza, una evocaci [‘Stone and Sky. Jorge Oteiza, an evocation’], an essay in which Víctor Erice reflects on Oteiza’s figure based on the lecture he delivered at the museum in 2019 when presenting his video installation Stone and Sky as part of the Video Art and Digital Creation programme promoted jointly by the two institutions.

For the launch, Erice gave a lecture based on this publication, as he himself explains in his preliminary words: ‘On 13 November 2019 at the Bilbao Fine Arts Museum, I lectured on the process of creating Stone and Sky, the video installation, which had been unveiled the day before, whose motif was the monument dedicated to the musician Aita Donostia (1886?1956) on Mount Agiña (Lesaka, Navarra). The funerary stela by Jorge Oteiza played a prominent role in that monument, which I seek to reflect in my audiovisual. For this reason, the likeness of the figure and work of the sculptor from Orio occupied a central space in the lecture’.

The book contains a text by Erice, which begins with a personal reflection on his collaborations with museums and art centres, which he views in a cinematographic fashion. He then addresses the figure of Jorge Oteiza?whom he interacted with in the late 1950s and early 1960s?by recalling his impressions of the sculptor’s first visit to Agiña and his idea of the cromlech as a space that protects human beings. Along with Oteiza’s thinking, Erice also acknowledges another source of inspiration in the text that Gillermo Zuaznabar wrote in 2005 as the curator of the exhibition Stone in the Landscape that the Oteiza Museum in Alzuza (Navarra) devoted to the monument. Erice describes this work as ‘?a guide to visually addressing Oteiza’s stela as a light container?’. After this, he reveals the time-lapse procedures, shooting at night and the resources?printing over fragments of two poems by Oteiza at the end of the two videos?which the filmmaker used to convey the essentials of his thinking and aesthetics in this personal evocation of Oteiza. 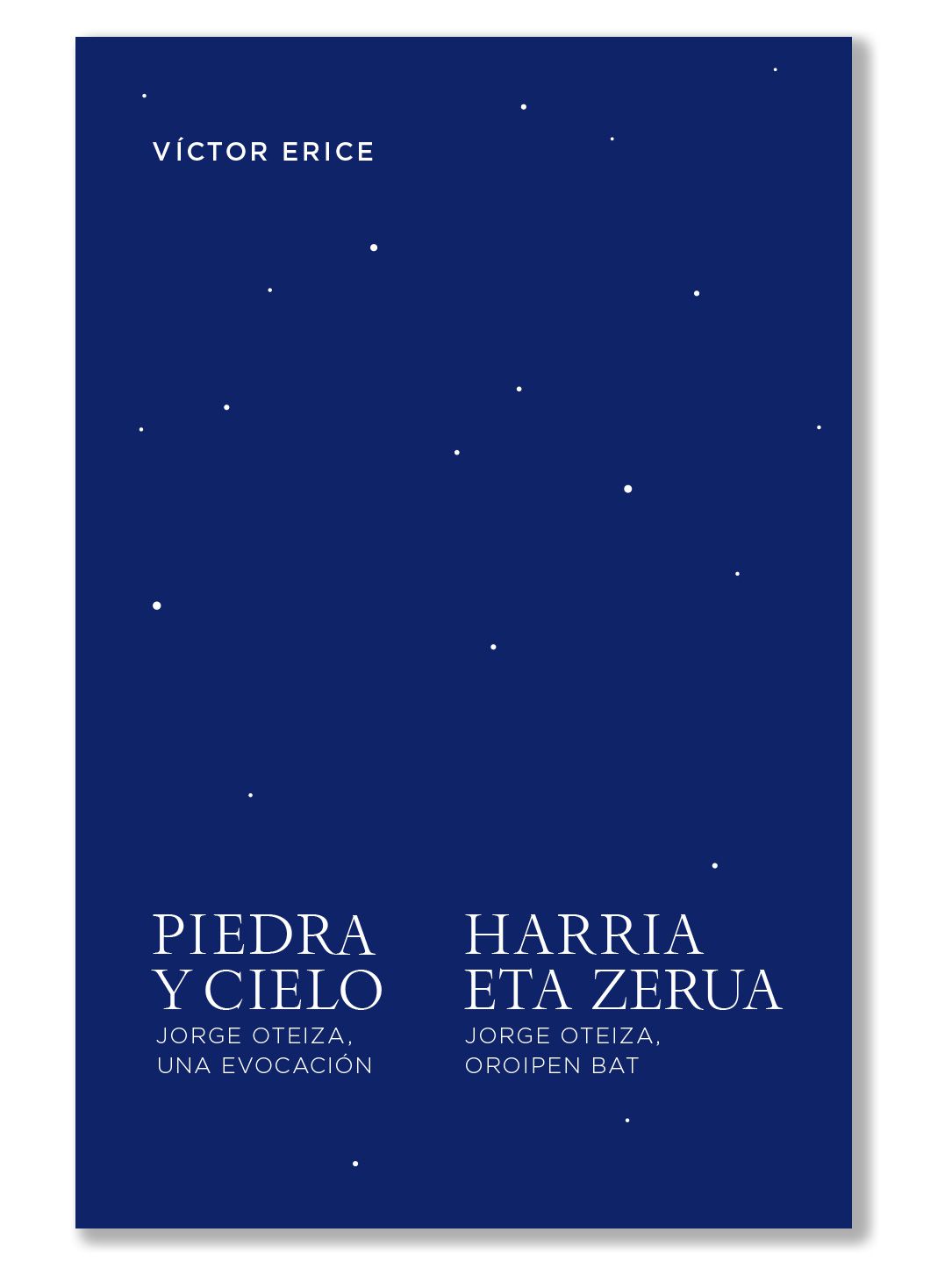