The Bilbao Fine Arts Museum, with the sponsorship of BBK, presents Zuloaga 1870–1945, the first major retrospective devoted to the Basque painter Ignacio Zuloaga (Eibar, Gipuzkoa, 1870–Madrid, 1945), one of the most important artists in the early 20th-century art scene and a prominent touchstone in figurative painting worldwide.

His incontestable success in the main international art scenes led his most emblematic compositions to end up scattered all over the world. After almost a century and years of searching and research, many of them are being reunited for the first time at the Bilbao Fine Arts Museum. This is a unique, extraordinary chance to grasp the scope and importance of this Basque artist's oeuvre.

Made up of 95 works and divided into 15 areas, the exhibition Zuloaga 1870–1945 is the first major retrospective devoted to the painter's entire career. Divided into three major biographical periods, the selection begins with an extensive and barely-known group of works from Zuloaga's youth which he painted in Paris in the 1890s.

At this time, influences from Naturalism, impressionism and French Symbolism can be seen, and the subject matters focused on a kind of social realism which resulted in works with a cool palette and poetic atmosphere featuring anonymous figures from the Parisian netherworld.

Likewise, at that time he also embarked upon his career as a portraitist, a genre in which Zuloaga ended up becoming a true master. A clear symbolist aesthetic can be found in these early portraits, as well as the specific influences of painters like Eugène Carrière and James McNeill Whistler.

After this initial period of dabbling and experimentation, and in the wake of a stay in Seville which had led him to reconsider his work and distance it from the influence and cosmopolitanism of Paris, Zuloaga discovered Segovia in 1898. From the start, this region opened to him a universe of creative inspiration filled with totally genuine archetypes and scenarios. From then on, his paintings were overtaken by the archaic Castilian identity, and through a particular aesthetic formula which drew from Naturalism and Symbolism, whose roots lay in rural culture and the Spanish art tradition, he ushered in a new way of approaching figuration in European art. This brilliant stroke led his works to defy any conventional classification and prevented it from being pigeonholed within a given school or specific movement.

Thanks to numerous first-time loans, the museum has been able to splendidly reconstruct the broad thematic spectrum which the painter rendered, which fascinated international critics and audiences. This resounding success generated immediate prominence, leading to a lengthy fashion for emulating and drawing from the motifs and aesthetic resources initiated by this Basque painter. This key area of the exhibition, which biographically lasts until 1924, predominantly features scenes set in the inhospitable rural world of Segovia, his pictorial codification of urban and rural prostitution, his particular approach to the humble world of bullfighting in Seville, and his rendering of historical and local religious customs of Castile and La Rioja. These works intrigued international audiences, who avidly purchased them, yet in Spain they earned him harsh criticism and accusations of rubbing salt into the wounds of the national crisis that arose after the loss of the last colonies in 1898. In parallel, along with these unique compositions, he devoted particular attention to his work as a portraitist, a genre in which his elegant and distinguished works ended up enshrining him as a worthy successor of painters like Giovanni Boldini, James McNeill Whistler and John Singer Sargent.

A tour of the exhibition culminates with works boasting intimate, luminous maturity, an era marked by social and political circumstances that directly affected his art. Zuloaga experienced firsthand the shift of the European art scene back towards the figurative tradition of the 'return to order' until the proclamation of the Second Republic and the outbreak of the Civil War, and he saw how they greatly affected his life and work.

Just as in his youth, this period is comprised of unknown works, but in this case, they are unique for being resolved with the use of a lighter palette and greater precision in the details.

The painter's masterpieces conserved in the Bilbao museum, the as The Cardinal (1912) and Portrait of the Countess Mathieu de Noailles (1913) are joined by loans from private individuals and institutions, both from the Americas, like the Hispanic Society of America, the Santa Barbara Museum of Art, the Saint Louis Art Museum (Missouri), the Detroit Athletic Club and the Museo Franz Mayer of Mexico, and from Europe, such as the Hermitage Museum of Moscow, the Musée d'Orsay of Paris, the Galleria Internazionale d'Arte Moderna di Ca'Pesaro in Venice, the Belvedere Museum in Vienna and Cambridge and Oxford Universities. Within Spain, other loans come from the Museo Nacional Centro de Arte Reina Sofía de Madrid and the Museu Nacional d'Art de Catalunya.

The exhibition is divided into three periods:

The works of Ignacio Zuloaga are associated with Realism, a style in which he virtually trained himself in late the 1880s in Madrid and Rome, and which he later perfected in Paris at the end of the century. There, ever since his arrival in 1889, he took an interest in social realism and the symbolic aesthetic, which resulted in works with a cool palette and poetic atmosphere featuring anonymous figures from the Parisian underworld. Zuloaga captured these visions in small formats in which he experimented with different avant-garde languages.

In 1898, Zuloaga's career shifted course dramatically, reaping him international success which had been unprecedented for Spanish painting since the time of Goya, with the exception of the brief yet fertile output of Mariano Fortuny, which is solely comparable to that of his contemporary Joaquín Sorolla.

This time marked the beginning of his fascination with country life in the villages of Castile, which he now captured on large canvases, once again featuring singular, humble figures. These works enshrined him internationally as a brilliant, unique artist, while the country that produced him accused him of using his paintings to rub salt into the wound of the national crisis that came in the wake of 1898. In no time, his vision of Spain was classified as ill-timed, such that even well into the 20th century his success profoundly irritated the old structures of Spanish art, including the institutions and their leaders, artistic competitions and their juries, art critics and, by extension, public opinion, which had been totally alienated by the former.

Late in the 1890s, Zuloaga had shaped his own language in which, despite the glimpses of the references from his youth, his ties with the traditional Spanish school are obvious, from Mannerism and the Baroque until Goya. Due to his personality and family relations, Zuloaga always moved in privileged, cosmopolitan intellectual circles. However, the painter never ceased being attracted by the radiant magnetism of bohemian, worldly life, leading him to populate his works with unique characters, from either Paris or Segovia, such as beggars, dwarves, hunchbacks, morphine addicts, gypsies, prostitutes, fortune tellers, dancers, singers, cabaret singers, picadors and bullfighters.

This is a stage when he earned a great deal of fame for his scenes of rural life, of bullfighters and gypsieswhat has come to be called "España Negra", or Black Spainas well as for his monumental portraits boasting refined elegance. This period spans from his earliest international triumphs until his exhibitions held in the United States in 1925, featuring the painter's most emblematic works.

After being celebrated on his US tour in 1925, Zuloaga exploited the formulas that had garnered him success, working almost exclusively to produce commissions from a select clientele who wanted their portraits painted by the master.

This is a period marked by portraits, with hardly any genre paintings except for his delicate still lifes. Yet it is also an obscure period that is often overlooked by the majority of his biographers since it is so ideologically delicate. The two World Wars, and particularly the Spanish Civil War, led his figure to become fodder for national propaganda because of his reputation and his artistic language, which was so distant from the scene of the avant-gardes' formal experimentation. 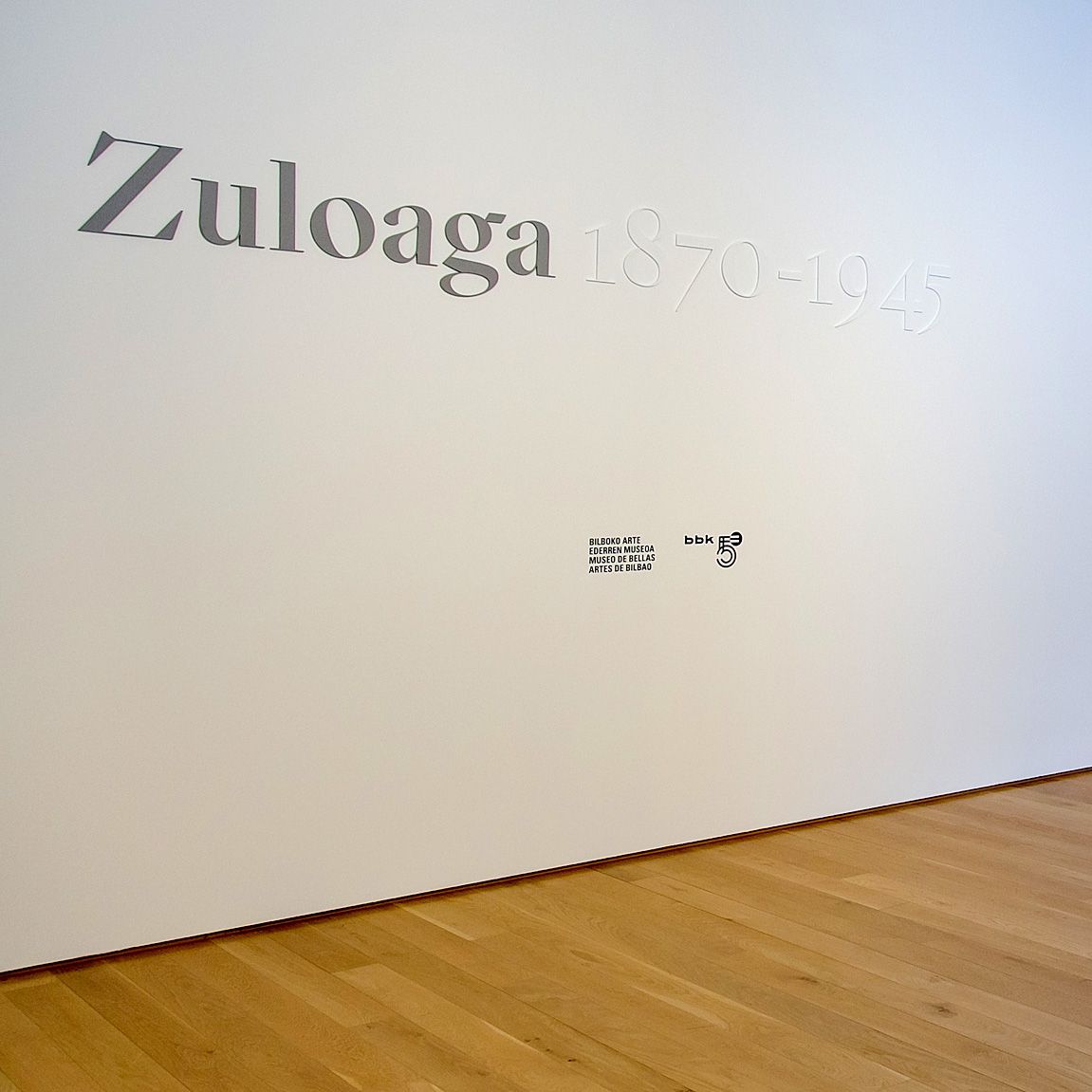 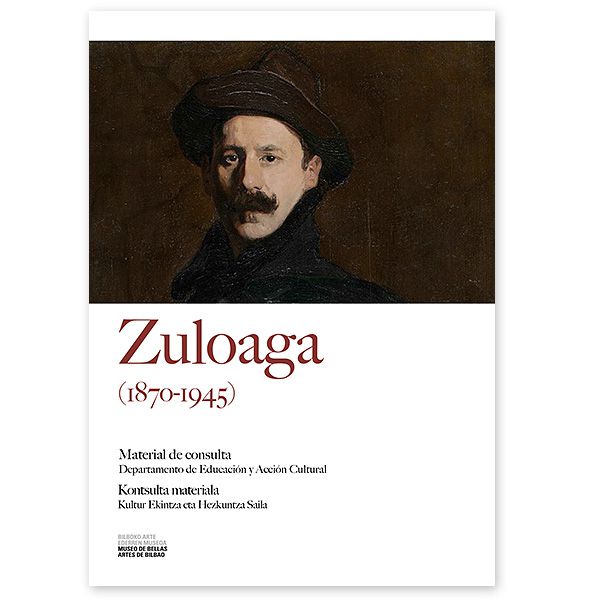 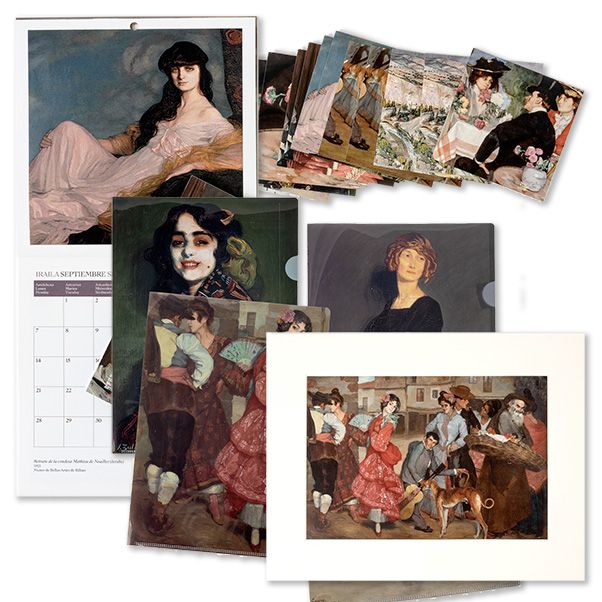