The first exhibition devoted to three of the most outstanding artists of European painting at the end of the 19th century:  the Bilbao painter, Eduardo Zamacois in relation to Fortuny and Meissonier.

Eduardo Zamacois (Bilbao, 1841 - Madrid, 1871) began his schooling with the painter José Balaca. In 1859, he moved to Madrid to attend classes at the San Fernando Royal Academy of Art. In 1860, he moved to Paris where he studied with Ernest Meissonier, the most well-known painter of the genre at that time, and where he established relationships with the most important artists and intellectuals of the time, such as Cabanel, Gérôme, Bonnat or Alejandro Dumas, Junior.

In 1866, he met Mariano Fortuny, whose paintings were already widely appreciated. Zamacois helped him to get onto the Parisian artistic circuits and a close professional and personal relationship was established between both painters.

The art dealer, Adolphe Goupil, introduced Zamacois into the Parisian art market and he found favour with wealthy clients, such as Princess Matilde Bonaparte, the prince and princess Metternich or the writer Charles Dickens. The culmination of his successful career in Paris was in 1870, when he obtained the Gold Medal del Salón Oficial with the painting The Education of a Prince. A year later the Franco-Prussian war forced him to abandon France and he settled Madrid, where he died at the early age of twenty nine in 1871.

The exhibition organized by the Museum is the first one devoted to the painter and it will include approximately fifty of his works from private collections and European and American museums, such as the  Philadelphia Museum of Art, the Clark Art Institute of Massachusetts, the Prado Museum or the collection of Carmen Thyssen-Bornemisza. The works are small-format water colours and oil paintings which mainly represent scenes of the genre where the subjects are literary, historical and of local customs and manners.

Viewing the work of Zamacois with a choice of paintings of his master, Ernest Meissonier (Lyon, 1815 - Paris, 1891), and his colleague, Mariano Fortuny (Reus, 1838 - Rome, 1874) will help us to situate his career in a context and better understand Zamacois' artistic value. 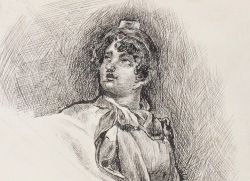 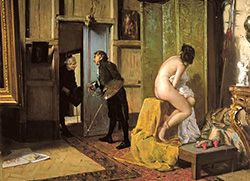 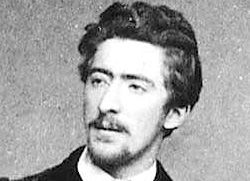