For several months in 1937 Aurelio Arteta lived in Biarritz, in what was the first stage of an exile provoked by the Spanish Civil War and which two years later would take him and his family to Mexico. Arteta had worked in Madrid since 1931, and had been a temporary teacher at the city’s Higher School of Painting, Sculpture and Engraving since 1933. In December 1936, along with other artists and intellectuals transferred by the Republican government to Valencia, he abandoned the capital, then subjected to intense bombardment by rebel troops. Months later he left Valencia for Barcelona before settling in France.

In the years leading up to the war, Arteta had received several official acknowledgements of his artistic prowess. Named a member of the Council for Public Instruction in 1931, he became a board member of Spain’s Higher Art Heritage Committee in 1933. Awarded a first class medal at the 1932 National Fine Arts Exhibition, the first organized by the Republic, he was also selected to take part in the 1934 Venice Biennial, and in July 1936 Arteta won first prize in the National Painting Competition.

In the mid-1920s, already at the height of his powers as an artist and in tune with other creative artists of his generation like Sunyer and Vázquez Díaz, Arteta’s works began to display the influence of Cézanne and the Cubist idioms. At this time his paintings, with their fine, elucidatory line, evince a predilection for geometric volume and simplified colour, which in the 1930s would be reduced to a strict range of ochres, greens, blues and, above all, whites. At this time he received plenty of portrait commissions, although particularly noteworthy are his cityscapes, including Sailor on Land or The Bridge at Burceña, and his paintings of figures like Fisherwoman (the latter two are now in the Bilbao Fine Arts Museum). In general, Arteta’s works make no concession either to the anecdotal or the decorative, and his compositions tend to be worked out in purely visual or plastic terms. The tendency towards concentration and formal simplification is also clear in the works he produced during the war: drawings and watercolours on war themes, several posters and a small but by no means negligible group of paintings, the finest of these being Evacuation of a Village (private collection) and this War Triptych.

Comprising three narrative scenes known as The Front, Exodus and Rearguard, the triptych lays bare the consequences of war and its effects on the civil population. However, beyond the landscape, which could well be the Basque Country, there are no references to a specific war zone or city. It has been suggested that, when he painted these monumental, multi-coloured works, Arteta had in mind the events of 26 April 1937 in Guernica, the day on which the town was bombed by the German Condor Legion. In the painting on the left, The Front, set in rocky terrain, a young man points his rifle at a sky thick with aircraft unloading their bombs. Around him lie the corpses of a soldier, in the foreground, and, further off, of another young man. In the right-hand panel, Rearguard, Arteta portrays the scene after a bombardment: houses destroyed, a dead woman with her baby, dead animals too. Exodus is set in a harbour, with young men saying goodbye to their families, possibly as they leave for the front. Slightly larger than the other two, a major difference of this painting is what might be described as the story-line: the scene takes place on a bright, clear day, and there are no direct allusions to war or any sense of imminent danger. 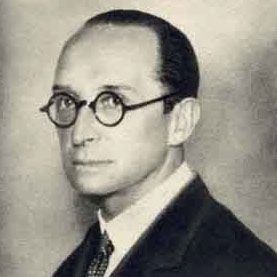 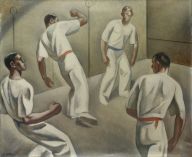