The mission of FIG Bilbao, the International Print & Art Works on Paper Festival, which is in its seventh edition this year, is to disseminate the culture of printing in all its facets. Because they share this objective, the festival and the museum have joined forces since the festival was launched in 2012 to showcase the value of art on paper throughout history by holding annual exhibitions. Examples include the monographs devoted to Giovanni Battista Piranesi (2012), Mimmo Paladino (2014) and Lucas van Leyden (2015); and the collective shows on engraving in Sardinia (2013), the Vivanco Collection(2016) and colour engravings in the collection of the Bilbao Fine Arts Museum (2017).

Translated Paintings. Reproductive Prints in the Bilbao Fine Arts Museum is the exhibition theme proposed this year. Likewise, this year the festival's location has been changed from its usual venue in the galleries of the Bilbao museum to the Durango Art and History Museum. The show is part of the extensive annual programming of FIG Bilbao, which culminates with the fair to be held from the 15th to 18th of November in the Euskalduna Conference Centre and Concert Hall, once again turning the city into the epicentre of prints and engraving in Europe.

Compared to other artistic techniques, prints are characterised by their multiplicity. Thanks to this quality, until the early 19th century they were primarily used to share the works by famous artists, usually painters, whose best works could be more widely disseminated among different audiences in the guise of prints, thereby spreading their fame as well. This is the origin of their name, reproductive prints, since they more or less literally reproduce works of art made using a variety of artistic techniques. Their origin can be pinpointed in 16th-century Italy. In addition to sharing works with the public at large, reproductive prints also fulfilled the mission of spreading visual models which artists could emulate.

Opposite to this typology is what are called original prints, which are characterised by being autonomous and frequently more intimate expressions of compositions which emerge from the artist's own creativity and are thus not subordinated to any other kind of art. Even though what stands out in the history of printmaking is the original works of great painters who were also printmakers, such as Durer, Rembrandt, Tiepolo and Goya, they did not seek to spread their paintings through prints but instead used this technique and its format for more contained, personal expressions of their talent. For centuries, original prints were relatively scarce compared to reproductive prints, which were much more widely used and disseminated.

Generally speaking, these prints correspond to paintings, but they can also be the graphic expression of drawings or sculptures, and even of other prints and photographs, such as Portrait of Carlos de Haes, which was engraved by Ignacio Suárez based on a photograph of the painter, from which he only copied the bust.

On the other hand, it is worth noting that the technique of transferring a pre-existing image to a print plate often inverted the original composition, as happened in the burin print by the German printmaker Israhel van Meckenem, who in the late 15th century, made a print based on another print by the celebrated Schongauer, or the satirical etching entitled The Tavern, which was engraved by the English painter William Hogarth in 1935, copying his own painting.

The historical scope of reproductive prints is quite sweeping. They can be prints that faithfully reflect paintings by the masters of art history, such as the engraving from 1775–84 by Giovanni Battista Volpato based on the work entitled The Fire in the Borgo painted by Raphael in 1514–15 for the Raphael Rooms in the Vatican, or the one by Hieronymus Wierix which depicts an inverse image of The Last Judgement, a drawing by Martin de Vos.

In the mid-18th century, the Enlightenment nurtured reproductive prints in Spain through the initiatives of the San Fernando Royal Fine Arts Academy and the creation of the National Chalcography, although these prints were already in vogue all over Europe. Manuel Salvador Carmona, whose Portrait of Isabel Parreño based on a work by Mengs is exhibited, is one of the best exponents from that period. Another fascinating episode of dissemination and propaganda through graphic art was the now-defunct company established in 1789 that engraved the paintings that were in the royal Spanish collections. One work from it is a print by Manuel Esquivel entitled An Asian, which was based on the Tintoretto work.

They can also be prints made by an artist in relation to their own painting output, such as the colour etching from 1902–10 of The Village Fête by Francisco Iturrino, a free interpretation of the painting by the same name. Another example is the etching and drypoint engraving of On the Game by José Gutiérrez Solana, in which he changes the number of figures included in the painting rendered in around 1915–17, almost 20 years earlier, which is also part of the museum's collection.

Finally, we can include the prints that were inspired by or freely taken after masterpieces from the past, a common procedure throughout the 20th century. The etching entitled What is This Picasso? by David Hockney is based on Picasso's work, and the silkscreen prints Count-Duke and the Still by Equipo Crónica following Velázquez and Goya's Dog by Antonio Saura, inspired by Goya's work, were chosen for this exhibition as prominent examples of this kind of print.

Based on the selection made by Javier Novo González—head of the museum's Collections Department and the author of the text in the exhibition catalogue—the first of the two spaces into which the show is chronologically organised brings together examples from prior to the 19th century. On the one hand, it displays works whose prints were made shortly after the original image. Until that date, different inscriptions written on the print—usually Latin-based words like "pinx(it)" (painted), "invent(it)" (invented), "sculps(it)" (printed), "delin(eavit)" (drawn), "fec(it)" (made) or "exc(udit)" (issued)—reported on the authorship of the master printer and the preceding work which was brought to print. This close relationship between the original work and its printed version remained successful until the 19th century.

Along with this kind of print are others that are based on works from periods previous to the engraver. This procedure emerged in the 17th century and became quite widespread during the 18th century, when the works by the Renaissance and Baroque masters were appreciated. It was also fuelled by improved techniques in printing systems. In the 17th century, as well, prints that portrayed prominent figures also became important, including men of the Church, aristocrats and, as in Portrait of Johann Golling by Jacob van Sandrart, a merchant living in the village of Bilbao, with the town as the backdrop, following a now-vanished painting by the Vitoria-based artist Martín Amigo.

Finally, in this section we should note that despite the fact that prints became artworks in their own right, after the 19th century the onset of the new image-reproduction technologies associated with photography, as well as the steady increase in illustrated art publications and the proliferation of graphic and commercial companies contributed to the increased popularity of this kind of print.

The second area of the exhibition focuses on reproductive prints, which have been used as a means of artistic experimentation and point of convergence between engraving and painting from the late 19th century until today. The new techniques facilitate the process and the quality of the result, as can be seen in the lithographs by Picasso, Bacon and Tàpies. Furthermore, these kinds of prints reveal aspects related to the process and analysis of an artist's own output, as in the prints made by Hernández Pijuan, Jesus Mari Lazkano and Mari Puri Herrero. At times, they can even subvert the traditional conception of reproductive print by using the print as the precedent of the painted work, as happened in the early 20th century in the colour lithograph The Small Bathers by Paul Cézanne, which predates the 1900 painting Groupe de sept baigneurs, which belongs to the Beyeler Foundation in Switzerland, by three years.

Entry free of charge until capacity is reached. 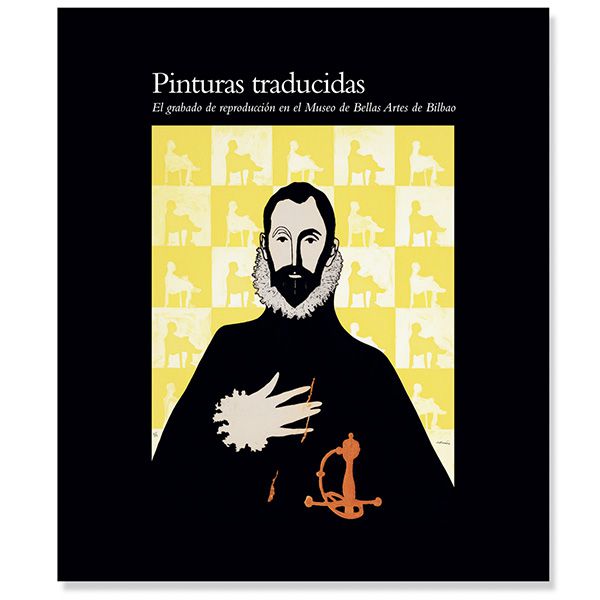