Exhibition: There is more in you - Bilbao Fine Arts Museum

There is more in you

Produced by the Bilbao Fine Arts Museum and sponsored by the Fundación BBK as part of the Museum exhibitions programme, There Is More In You: Images of women in the Middle Ages (13th-15th centuries) has been conceived and designed to contribute to medieval studies of women through an analysis of the broad range of feminine facets and roles in the final three centuries of the Middle Ages. In pursuit of this objective, the exhibition offers a wide-ranging and varied repertoire of forty-eight objets d’art, all of them with themes featuring images of women or feminine scenes.

There Is More In You is a surprising collection of works which, together with paintings on panels and sculptures in wood and stone, includes objects from the private sphere: textiles (tapestries and embroidered money pouches), gold and silversmith works, historical manuscripts and illuminated miniatures, ivories, furniture and other pieces of applied arts. This intimate iconography points up the ambiguous consideration in which women were held and the multi-faceted image of the female of the species in the Middle Ages. The exhibition thus lays bare an iconography long hidden for moral reasons; in truth, it has required an unprejudiced contemporary vision to shed light on the subject. The scenes shown on combs, mirrors and tapestries give a penetrating definition of the nature of the medieval age and women’s functions and how they evolved throughout the period.

The exhibition title, There Is More In You (Plus est en vous), which echoes the motto of Louis of Bruges, a renowned and highly cultivated Flemish collector of 15th century manuscripts, seeks to reflect the multiplicity of roles and images (for instance, the Marian iconography of the late Gothic period, the gallant scenes from courtly literature, the satirical literature that insisted on the intrinsically sinful nature of woman, the heroines, the women of belles-lettres and the ladies of pleasure) and invites visitors to go beyond the stereotypes of woman as unattainable ideals, feebly dependent creatures or cloistered nuns.

Contributing to the exhibition are a number of leading medievalists who, in a series of erudite essays written for the catalogue, provide a complete overview of the issues involved, analysing major questions such as women and power, models of female education, health and beauty, the legal status of women and their economic and political role. Coinciding with the divisions in the catalogue, There Is More In You comprises six major themes designed to bring our knowledge of these issues up to date and to surprise visitors by showing objects that until now have been neglected by scholars or which have only been subjected to minimal scrutiny.

To encompass such a broad theme, the objects selected were made in major centres of artistic production during the Gothic period: in Barcelona, Valencia and the Basque Country, North Rhine-Westphalia and Haut-Rhin, the former Meuse region, Alsace, the west and central France and Paris, Bologna, Florence, Milan and the Veneto, Flanders and Basel and Zurich. Madrid’s Thyssen-Bornemisza Museum, Barcelona’s Museu Nacional d’Art de Catalunya, the Musée du Louvre, France’s Bibliotheque Nationale, the Musée des Arts Décoratifs and the Musée national du Moyen Age, Cluny, all in Paris, the National Gallery, London, the National Museum of Denmark in Copenhagen, Italy’s Accademia Carrara de Bérgamo and the Historisches Museum in Basel have all loaned works for the exhibition. The Bilbao Fine Arts Museum is contributing three sculptures and a retable from its own collection. 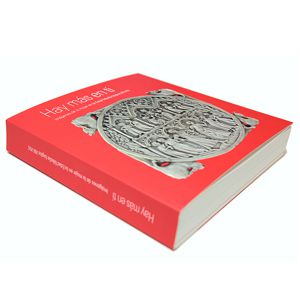