The grecos at the Bilbao Fine Arts Museum

The Grecos at the Bilbao Fine Arts Museum (30 April–25 August) is the Museum’s contribution to the events commemorating the fourth centenary of the death of El Greco. This presentation uses technology to reveal hidden features of two of the painter’s works, Saint Francis in Prayer Before the Crucifix (c. 1585)and The Annunciation (c. 1596-1600) now in the Museum collection.Also scheduled is a short series of four lectures accompanied by screenings of the most recent documentary on the Cretan-born artist, El Greco: Painter of the Invisible, with a scholarly script by Xavier Bray, head keeper of the Dulwich Picture Gallery in London. The documentary enjoyed a hugely successful premiere at Madrid’s Prado Museum in April.

The fourth centenary of the death of Doménikos Theotokopoulos, El Greco (Candia, Crete, 1541–Toledo, 1614), is the perfect moment for museums to update their knowledge and understanding of works by the artist in their keeping. Indeed, a number of museums have produced special publications and organised exhibitions, symposia and lecture cycles to mark the occasion. Later in the year, The Annunciation will be travelling to one of these major exhibitions, El Greco: Art and Craft (Santa Cruz Museum, Toledo, 8 September–9 December), having been selected by Leticia Ruiz, head of Spanish Renaissance Painting at the Prado National Museum. Ms. Ruiz will also be inaugurating our own lecture cycle El Greco: Matter and Soul.

Curiously, the Bilbao Fine Arts Museum, founded in 1908, first opened its doors to the public in 1914 at the School of Arts & Crafts in Atxuri with an exhibition on El Greco, so the new showing also serves as a timely reminder of that far-off occasion. The exhibition included ten works from the collections of local collectors Ricardo Ortiz, Antonio Gorostiza and Laureano de Jado. Some years later, in 1927, De Jado left his collection to the Museum; this included The Penitent Magdalene, now considered a copy (like, in all probability, most of the works shown at that inaugural exhibition) from the mid-17th century.

Included in today’s exhibition is a reproduction of an almost life-size period photograph and the press review of the original show from a magazine of the time called Novedades. We have also recovered the original benches, loaned a century ago by the Bilbao Chamber of Commerce for use in the rooms at the museum’s first-ever venue.

THE GRECOS AT THE BILBAO FINE ARTS MUSEUM

The two Grecos in the Museum collection, Saint Francis in Prayer Before the Crucifix (c. 1585)and The Annunciation (c. 1596-1600), are usually to be found on display in room 8. On the present occasion, The Grecos at the Bilbao Fine Arts Museum exhibition reveals features of the two paintings normally hidden from the naked eye. Our present aim is to offer the public the chance to see such features and to emphasise the fact that data obtained from scientific exploration of the physical and material facts of paintings are essential to the study and greater understanding of the artworks in question. Technical issues such as the characteristics of the underlying drawing or the way the artist used his brushes to apply the paint are frequently decisive in cataloguing a painting.

For this reason, both works are accompanied by 140 x 140 cm light boxes containing the X-rays and infrared reflectograms taken of each one. X-radiography and infrared reflectography are scientific research techniques that enable us to appreciate features of the paintings not normally visible to the naked eye, things like the preliminary drawing, intermediate paint layers or changes the artist made as he was painting. The hidden features in Saint Francis and The Annunciation evidence El Greco’s enormous technical confidence, as he used a very sketchy drawing and painted virtually alla prima, as demonstrated by the absence of any major rethinks. On a carefully worked base, he highlighted textures, lights and shadows using deftly superimposed brushstrokes with which he constructed his highly characteristic forms and volumes. This way of working generates clearly defined X-ray images that help to identify works done in the studio workshop or by the artist’s more or less talented followers.

To enhance the informative and educational side of the exhibition, the organizers have included The Penitent Magdalene, today considered by the experts to be a mid-17th-century copy. Besides giving the public the chance to appreciate the technical differences that mark the painting out from genuine works by El Greco, The Penitent Magdalene also goes some way to explaining the resurgence in the painter’s reputation at the beginning of the 20th century: this particular work once belonged to leading Spanish politician Antonio Cánovas del Castillo, and was subsequently acquired by Bilbao art collector Laureano de Jado, who left it to the Museum in 1927.

Finally, a specific multitouch table application has been developed so visitors can navigate macrophotographs of several zones of the two works linked, in some cases, to X-ray and reflectography details or stratigraphic views of pigment microsamples. So the actual interior of the painting provides an improved understanding of El Greco’s almost Impressionistic technique and other characteristics of his oeuvre, such as his intrepid approach to composition and his iconographic complexity, as this selection of details makes clear.

After early training in his home town, El Greco migrated to Venice in around 1567, where he remained for some three years, a time that left an indelible mark on his painting. He later moved to Rome, where he worked for Cardinal Farnese. With his style established and a solid intellectual background, he set up in Toledo in 1577, where he founded a prolific workshop and enjoyed the protection of some illustrious patrons.


Saint Francis of Assisi is one of the select group of penitent saints in El Greco’s iconography. In our painting he is shown at prayer in the cave at La Verna on Mount Penna (some 160 km from Assisi), in a habit held in place by a cord with three knots symbolising the vows of the Franciscan order. His hands are crossed in sign of veneration; the right hand on the heart and the left arranged as in several other famous works, including the Gentleman with his Hand on his Chest. This work (signed in Greek lower case on a paper in trompe-l’oeil, in line with the painter’s usual procedure at this stage of his career, is one of the earliest—and finest—of the twenty or so known versions on this theme. It came from the convent of the Carmelites of Cuerva (Toledo), founded in 1585 by doña Aldonza, sister of Cardinal Niño de Guevara, who may have commissioned the work directly from El Greco.


Around 1596 El Greco received several major commissions, including the altar piece for the Madrid church of the Encarnación at the College of doña María de Aragón, whose great central painting of the theme of the Annunciation is now in the Prado. As he often did to preserve select works or sketches, El Greco produced two smaller versions, one in the Thyssen-Bornemisza Museum and the one on display here. In a dense, transfigured space that merges heaven and earth, the Madonna contemplates the Archangel Gabriel on a cloud. Between them is the burning bush and a small embroidery basket with a cloth. Above them flutter cherubs, the shining dove of the Holy Spirit and a choir of angels. The loose brushstrokes, intense colouring and the dramatic lighting all add force to this vehement supernatural vision.


Content of exhibition: The grecos at the Bilbao Fine Arts Museum 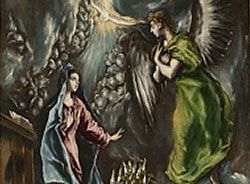 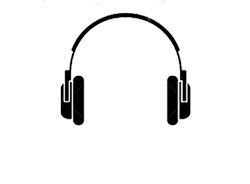 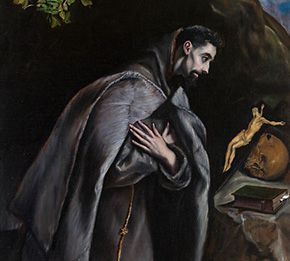 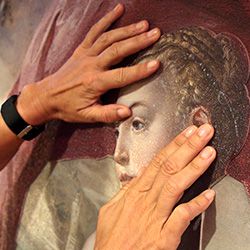 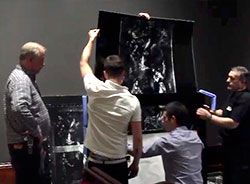 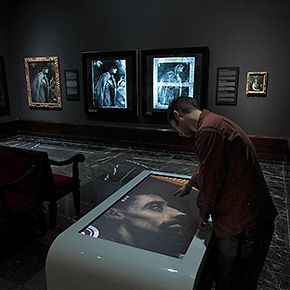