Metallurgy was discovered and developed in America in Peru’s central mountain range 35 centuries ago. In Colombia, the origins of metal working go back to the 4th century BC, by which time many societies in the region had fully mastered the long process of a craft that encompassed the extraction of metal, its working and conversion into symbols, its use and, finally, its restitution to the earth in the shape of offerings. In the two thousand years metallurgy was developed and practiced in Colombia (a period interrupted by the Spanish conquest in 1500 AD), a dozen different styles emerged accompanied by some complex techniques, all used and combined in different alloys. The results, in aesthetic terms, were—and remain—impressive and surprising in equal measure.

Such artistic and technological riches were based on an economic prosperity that released part of the population from other labours to devote themselves to gold- and silversmithing. Using a variety of stylistic models and patterns, indigenous craftsmen fashioned a complex, profound philosophy, and dealt with the interrelations between names and how they interacted with nature and the gradual unfolding of the universe. The design, composition and equilibrium of this prosperous crafts-based culture give it a deservedly high place in the long and chequered history of world art.

In summer 2011, the Bilbao Fine Arts Museum is scheduled to stage a major exhibition with 253 pieces from a variety of pre-Columbine cultures. The objects themselves come from the Banco de la República’s Museum of Gold in Bogotá (Colombia), which has one of the world’s most important collections of pre-Hispanic metallurgy. This is a broad selection of objects made in gold and silver, ceramics and stone, including masks, breastplates, necklaces and bracelets in different metals, other ceramic objects and stone tools, all chosen for their artistic value and historic and anthropological interest, some of the pieces being more than 2,500 years old.

Divided into six sections (The Golden People, Fabled Animals, The Man-Animal, Abstraction and Nature, The Universe of Forms, and Metallurgy and Pre-Hispanic Societies), the exhibition will gradually reveal the enormously rich visual repertoire pre-Hispanic gold and silversmiths were capable of creating.

The main themes, alone or in combination, are the human figure, real and fantastic animals, and geometric forms. Vegetable and plant forms are relatively scarce. The unique objects on display will undoubtedly evoke the riches of pre-Hispanic culture, capable of integrating such themes as the supernatural and the natural, the sacred and the profane, man and animal, the body and the soul, the abstract and the figurative, nature and culture, in a hugely interesting aesthetic corpus that still resonates today, speaking to us of sacred rituals and power, and the symbols associated with them. 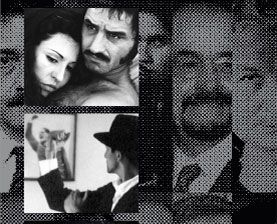 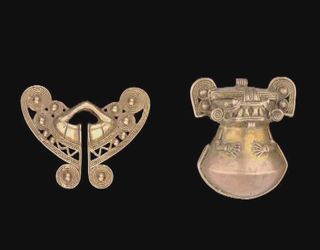 Activities related to the exhibitionExclusive Opening and Activities 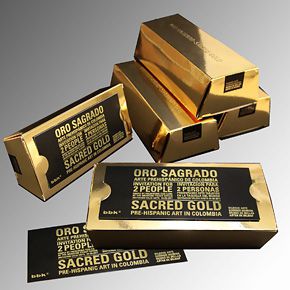 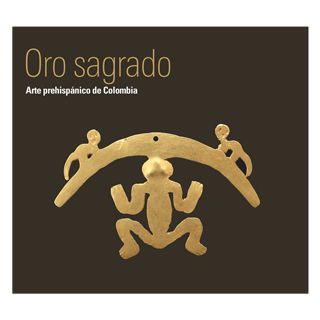