As part of The Guest Work programme, sponsored by the Banco Santander Foundation, the Bilbao Fine Arts Museum is exhibiting a creation from the autumn-winter 2016 collection of the Japanese prêt-à-porter brand Comme des Garçons, which was founded and is led by the designer Rei Kawakubo. The piece is part of the collection of the Palais Galliera (Fashion Museum of Paris).

This is the first time in the 18 years the museum has been offering The Guest Work that a fashion creation is being presented. In the 61 previous editions, the public has primarily been shown paintings, as well as sculptures, works on paper, tapestries, archaeological pieces, installations and even a performance.

However, fashion exhibitions at the Bilbao Fine Arts Museum have just a few yet noteworthy forerunners in the shows Balenciaga. Designing the Limits and The 1950s. Fashion in France 19471957, held in 2010 and 2015, respectively. This latter show brought together more than 100 models and accessories, most of which belonged to the Palais Galliera and were chosen by its then-director, Olivier Saillard. For the exhibition in Bilbao, the associate curator was Miren Arzalluz, currently at the helm of the Paris museum.

An expert in the history of clothing and fashion, this time Arzalluz has chosen a spectacular contemporary piece, in this case from the avant-garde brand Comme des Garçons. It forges a fluid dialogue between the organic shapes and bright colours of the paintings in gallery Ñ (ñabar / multicolour) in the alphabet of the Bilbao Museum.

This piece belongs to the collection of Palais Galliera (the Fashion Museum of the City of Paris). It is a dress from the autumn/winter 2016 collection of the Japanese ready-to-wearbrandComme des Garçons, created and led by Rei Kawakubo.

Every Comme des Garçons design is a manifesto. Since her first fashion show in Paris in 1981, Kawakubo has always focused on deconstructing garments, and by 2014 her uncompromising silhouettes, sophisticated in themselves, had become imposing structures. The theme of each collection gives rise to numerous interpretations which the creator barely explains.

The theme of the autumn/winter 2016 collection harks back to '18th-century punks' and originated in Lyon, a city known for its silk factories, from which the designer draws out the richness of the three floral brocades on this pyramid-shaped piece. Yet she does so by drawing attention away from these luxurious fabrics and towards the stepped structure, which is reminiscent of the hoop-skirted dresses from the 18th century, as well as the wings of a beetle or the front grille of a car.

By contrast, the fuzz-trimmed shoes add a softness to the stately armature of the dress, with a nod to the fur that sometimes adorned footwear in the 18th century.

Rei Kawakubo always envisions her creations in three dimensions, forcing the viewer to walk around them in order to interpret them in their entirety. 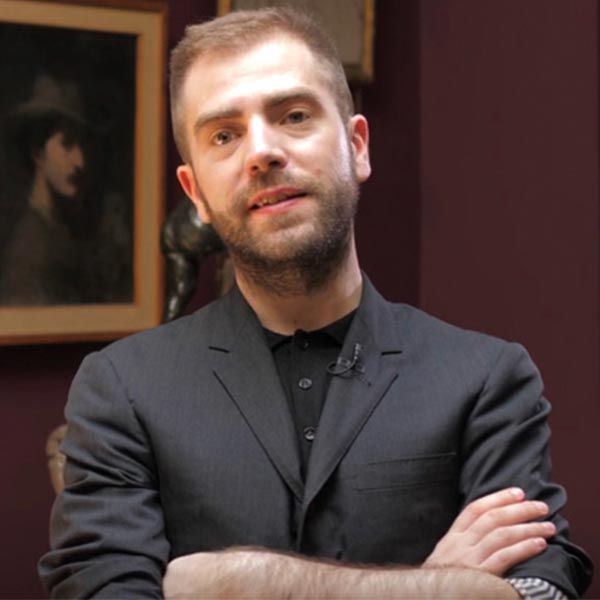