[...] In the dream in which each epoch entertains images of its successor.

A resident in New York since 1971, over more than four decades Antoni Muntadas (Barcelona, 1942) has pursued an internationally-acclaimed career in which, based on his radical interest in anthropology, sociology and the history of culture, he has tackled multiple projects where he has implemented a variety of contemporary disciplines. His artistic practice comprises multimedia installations, Internet, photographs, actions, publications and urban interventions through which he addresses socio-political issues and communication-related topics. Coupled with this, he has delivered seminars in numerous institutions in Europe and in the United States, was a lecturer in the Architecture Department of Massachusetts Institute of Technology (MIT) between 1990 and 2014, and has taught at the IUAV University of Venice (Istituto Universitario di Architettura di Venezia) since 2004. In recent years, architecture has become one of the core interests in his projects.

In his latest work, The Empty City, which is being showcased now, the case of Bilbao and the historical development of its urban planning are the starting-point for a broader investigation on public space and architecture. In this way, the Nervión river and all the cultural strata amassed in the growth of the city have been used by Muntadas to build a project in which "different inputs and dialogues will formulate questions that will rethink that initial context". Over the course of the two years in which this work has been undertaken, the recent pandemic and the emptying of the city during lockdown in the spring of 2020 have taken on an unexpected role.

Arising from a commission of the Video Art and Digital Creation Programme of the Bilbao Fine Arts Museum and the BBVA Foundation, and curated by Guadalupe Echevarría, The Empty City incorporates, as is usual in Muntadas’s work, several components which, in his own words, form an "artefact" that the public activates with their critical and questioning gaze.

As in many of his creations, this new proposal is preceded by a collaborative work process by Muntadas with a variety of teams that provide a comprehensive, multidisciplinary insight into fieldwork closely linked to local culture.

In this way, various contributions have come together in the final result. That of the anthropologist Joseba Zulaika, who interprets the idea of empty and full in a reading encoded by Basque sculpture and the recent history of a Bilbao "emptied" by deindustrialisation and "filled" again by modern architecture with Gehry’s Guggenheim as the spearhead of a new urban map. Also, that of the urban planner Arantxa Rodríguez, who analyses the urban restructuring processes of the last decades and the case of Bilbao, as well as the audio itinerary along the river by the architect Iñaki Uriarte, with a critical perspective that questions the official account of the route.

The Empty City project is rounded off with a book co-edited with La Fábrica, which brings together essays by the aforementioned Joseba Zulaika and Arantxa Rodríguez, where they analyse, with Bilbao as the starting-point, various aspects relating to the city, urban planning and the paradigm shift in socioeconomic models. Likewise, it contains the transcript of a conversation held in three sessions by Skype between Muntadas and Guadalupe Echevarría -who together with Vicente Todolí curated the first Muntadas exhibition in Spain- during the months of May and June 2020. It includes translations into English and Basque of all the texts.

The Empty City is comprised of three main works. In gallery 33 the installation Vacuum / Plenum is shown, a double projection, on the one hand, with images of uninhabited Bilbao from the months of March to May, and, on the other, the outcome of the filming between June and October, now with people on the streets. The device On Translation: The River flies over the city following the watercourse in a twofold sound and image tour from the Town Hall to Zorrotzaurre that includes an audio-interview with Iñaki Uriarte. These works are rounded off with the video Destruction / Construction, which, combining historical images with other current ones, allows Muntadas to reflect on urban planning decisions, but also on extraordinary phenomena, such as wars, floods or pandemics, which represent turning points that destroy and rebuild the city. In gallery 32 three previous works by Muntadas are shown in which he also addresses the theme of the city, the landscape and the territory—Dérive Veneziane (2015), Guadiana (2017) and Finisterre (2017)—and that serve, in the words of the artist, as "footnotes" to the project on Bilbao.

This audiovisual ensemble allows Muntadas to highlight the spatial dimension of the conflicts and changes around the Nervión river, while confronting the phenomena it presents with quotes from the German philosopher Walter Benjamin that act as a common theme.

Cities are sometimes represented through powerful stereotypes or clichés. This work tries to show another facet of the city, the hidden, unknown, mysterious side through a night-time boat journey based on a situationist dérive. With quotes from Guy Debord, Dérive Veneziane brings notions of getting lost in solitude, darkness, discovery, intrigue and phantasmagoria.

The tour along the Guadiana River seen from above, accompanied by quotes by Paul Virilio, evokes the sense of appearing and disappearing. The average constant speed at which the river flows signifies that there is no going back. A natural landscape transformed by human intervention is delimited by a kind of artificiality: constructions, ponds, changes in direction, means of travel, etc. And finally, the camera.

Finisterre examines the gaze, the horizon, contemplation and reflections associated with thoughts about the past and future. Accompanied by quotes by Giorgio Agamben, the horizon shows a beyond-space that reflects leaving and sometimes returning.

In 2019, Muntadas took a boat ride along Bilbao’s river, whose banks are occupied by huge infrastructures, some of them now used for tourism, and he imagined Bilbao empty. He mused on what the city would be like without these huge, inhabited structures. And then the city actually became empty. The outcome is Vacuum / Plenum, a double screening, one with images of the uninhabited city during the months of March to May and the other filmed between June and October with people on the streets.

The river is a natural feature of the city of Bilbao which has been represented in a host of different ways and forms. Two extremes capture the passage of time: on the one hand, the oil on canvas by Regoyos painted in 1910, and on the other, a Google Earth representation which offers a view from 2020. Two audios complement the space with two other opposing soundscapes: a route from the Bilboats audio guide and a story by the architect Iñaki Uriarte. These are visions and interpretations of the same reality in images and audios.

Cities are made around needs, plans, decisions and development as the ordinary forms of their development. The passage of time brings accidents, extraordinary phenomena that transform or destroy that same city, as well as the way we see and use it. New construction poses other challenges related to uses and functionality, as well as the challenge of modernity, which in some cases is considered an added value. Using both historical and current images, this work suggests a journey through these turning points, ruins and new architecture. 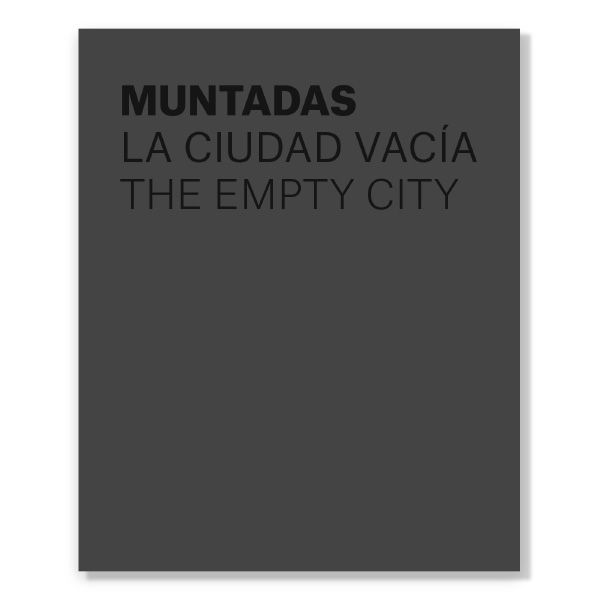 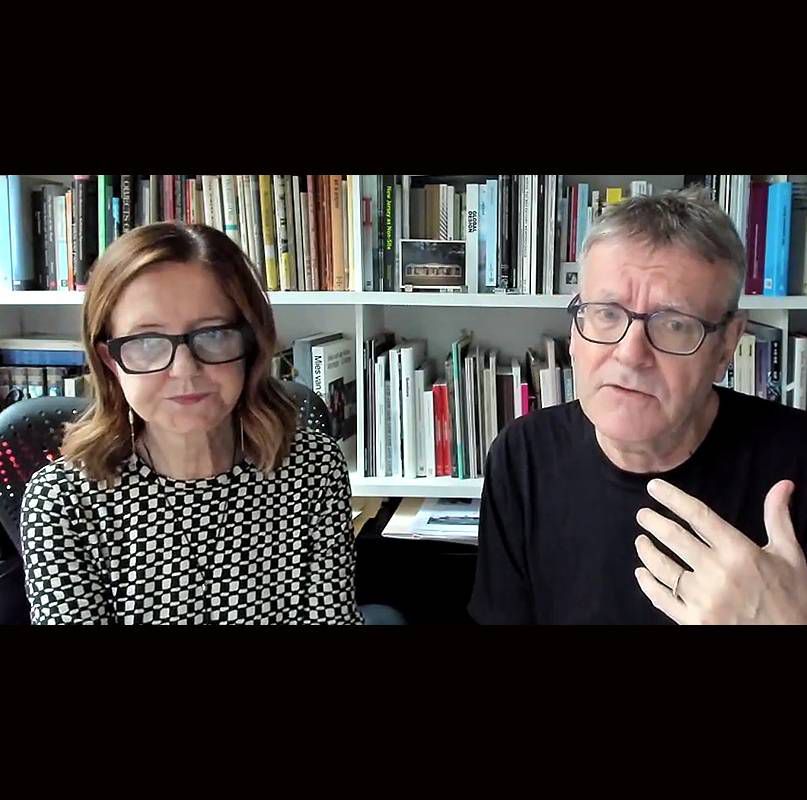