Lazkano. From Architecture To Nature features 76 paintings from the most recent stages of Lazkano's career. Fifty-four of the paintings are works in medium or large format: 34 produced between 1999 and 2006, together with 20 dating from 2009 that take the Bilbao Fine Arts Museum as their main theme. Accompanying the paintings are 28 small jottings and sketches from 2008.

Mounted in several sections, each with its own clearly defined ambience, the exhibition powerfully points up Lazkano's abiding interest in architecture and nature: from scenes of the ruins of Imperial Rome, the New York sky-line and the buildings of Mies van der Rohe and Frank Lloyd Wright to compositions dominated by far-off, imaginary landscapes where nature assumes the central role.

Born in Bergara, Gipuzkoa, in 1960, Jesus Mari Lazkano studied at the Faculty of Fine Arts in Bilbao, where he has taught in the Department of Painting since 1985. In the early eighties, as he began his academic activity, Lazkano started out on an artistic career that has concentrated ever since on a style of painting deeply rooted in the Naturalist tradition.

A studiedly careful technique enables Lazkano to produce some minutely detailed paintings of an almost photographic reality. These essentially hyperrealist works evoke the Romantic tradition, particularly the influence of German painter Caspar David Friederich, together with a certain Surrealist spirit, while also revealing the artist's acute awareness of the visual potential of both architecture and landscape. In his paintings Lazkano offers a subtle conceptual play between reality and the representation of reality. Also very much to the fore are his fine, painstakingly drawn interiors, evincing a strict control of light and colour and framed in a linear perspective of a remarkable spatial purity.

Most recently, the emotional intensity of Lazkano's painting has relaxed as his interest has grown in the contemporary icons of rationalist architecture and design, linked with a nature Pantheist in spirit that Lazkano borrows from a variety of places. Starting from panoramic views of two of the world's most paradigmatic cities, Rome and New York, Lazkano explores the representation of the built structures and landmark houses projected by Mies van der Rohe, including the Villa Tugendhat (1930) and Farnsworth House (1951. Also featured is Frank Lloyd Wright's emblematic Fallingwater (1939).
These uninhabited architectures, spaces for contemplation, inevitably take us into the visual space par excellence: the museum. In this case, Lazkano focuses on the modern building of the Bilbao Fine Arts Museum, now structured in two buildings, the earlier one very much in the Neoclassical style, the other owing much to the legacy of Mies van der Rohe. Both are placed in a natural setting.

Once again architecture and nature combine to provide the starting point of this fascinating exhibition. 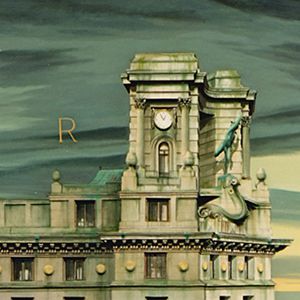 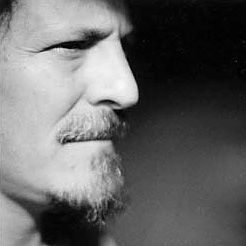 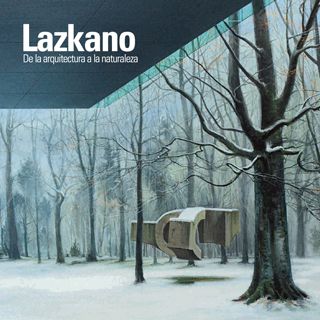