Born into a family of wood carvers and cabinetmakers, José Ramón Anda (Bakaiku, Navarra, 1949) came into early contact with the constructive qualities and techniques of wood, in itself a major feature of his natural environment around his home. From 1970 to 1974 he studied at the San Fernando Higher School of Fine Arts in Madrid. During his time there, he concentrated on the Expressionist rendering of the human body. A good example of his work from that era is the sculpture entitled Kirolari zaharra. Sited outside the Museum, the sculpture, coupled with Ikusmira, an observatory of man and the universe, stands as a kind of welcoming gesture to visitors to the Museum.

Anda went on to complete his training at the Spanish Academy of Fine Arts in Rome, where he familiarised himself with classical sculpture. He also discovered the work of leading contemporary Italian artists such as Giacomo Manzú, Marino Marini and Arturo Martini, who exerted no little influence on his own output. Such influence is clear in Unamuno, a totemic portrait on display in gallery 29 of the old building. This particular sculpture was greatly admired by Jorge Oteiza, whose Spatialist theories and ideas about the development process of the sculpted artwork were to prove decisive to the course Anda’s work later took. Another major influence was Swiss sculptor, designer and architect Max Brill, once Walter Gropius’ disciple at the Bauhaus. Anda also admired local sculptor Eduardo Chillida’s formal perfection and his respect for the characteristics of each material he employed. Sound training and this accumulation of influences enabled Anda to produce abstract and organicist-based sculpture that combined rationalist and Spatialist approaches with a profound exploration of the sensorial attributes of his chosen materials.

The present itinerary continues in the Hall with Atariaren besarkada, which sets up a spatial limit or frame suggestive of a kind of doorway or access to another place. This is followed by Miracielo segoviano (Segovia Skywatcher), executed on a hollow, 3.8 metre-tall trunk and, on the first floor, Iranzuko mahaia, one of what Anda refers to as his furniture-sculptures, works that are very much bound up with his interest in contemporary design.

In the gallery itself, we first encounter six works in walnut wood from the Planos cruzados (Crossed Planes) series, which turns its attention to the relations between curves and flats. Following these are another six pieces from the Troncos huecos (Hollow Trunks) series, which Anda began in the early nineteen-eighties after coming across some quite extraordinary examples of century-old oak tree trunks. Here Anda takes the concave quality of the wood to its farthest limit to create works that invite the spectator to look around and explore, or which resemble refuges, sheltered places that envelop the hollow spaces within. On the walls are three mural works, Ikut nazakezu, Sol entre nubes (Sun Amongst Clouds) and Luna entre nubes (Moon Amongst Clouds) conceived as Rationalist exercises in geometric forms. The show concludes with 18 small works from the Quiero hacerme mayor (I Want To Grow Up) series. These are models or preliminary studies for works intended for subsequent production on a much larger scale as sculptures destined for public spaces. Done in a range of materials and media (bronze, wood, plaster, aluminium, marble and iron) they are all displayed (except for one that hangs from the roof) on a large, specially built, 10 metre-long metal table.

Altogether there are forty works on display, carefully selected to reveal how the artist has evolved over the last thirty years, in an ongoing artistic career that has produced works of great beauty and formal sobriety. 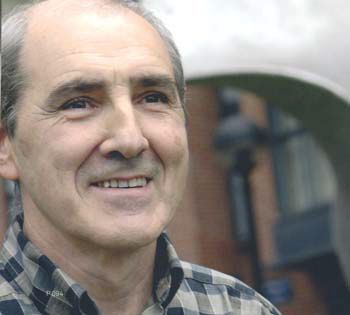 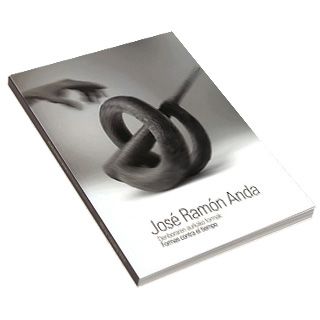 Map of the ExhibitionSculptures inside and outside the exhibition place 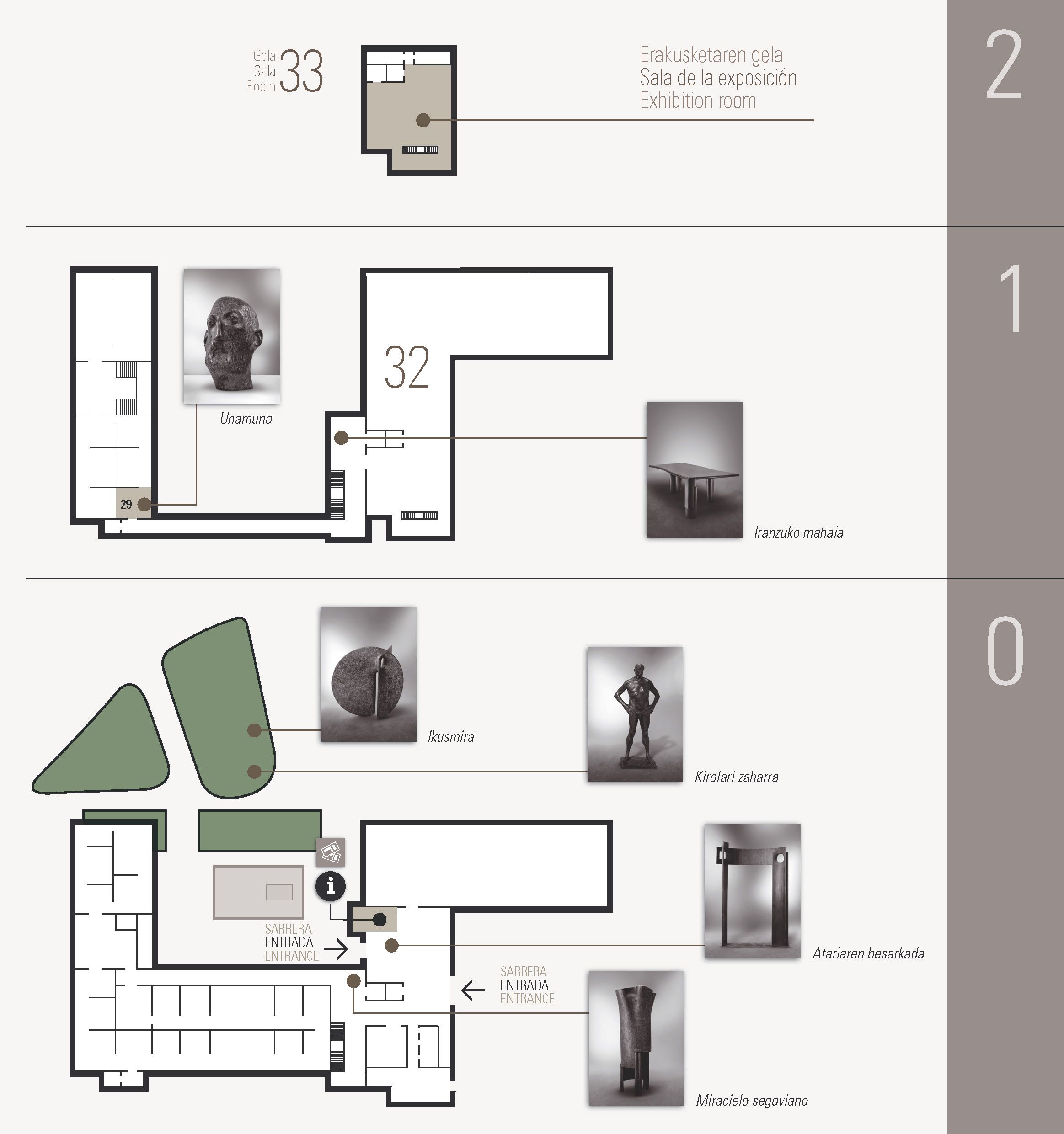 Meeting with the artistIn the exhibition hall