Triptych of the Annunciation

The year 2019 marks 1,000 years since the birth of Saint Dominic of the Causeway (in Spanish, Santo Domingo de la Calzada), founder of the city in La Rioja named in his honour, and the promoter of the Way of Saint James. Along with the religious commemorations, the cathedral has organised other activities with the goal of maintaining and sharing the invaluable artistic and cultural legacy that devotion to the saint has assembled over the course of nine centuries.

The museum and the Banco Santander Foundation are joining the celebrations by showing one of the gems of the Antwerp School from the Renaissance in gallery P (Pietà) of the museum's old building. It is the Triptych of the Annunciation, which is usually safeguarded in the cathedral of Santo Domingo de la Calzada. Now, it has exceptionally left the cathedral's treasury to be displayed at the Bilbao Fine Arts Museum until next October.

The Santo Domingo de la Calzada cathedral houses one of the masterpieces of the Renaissance painting of the Antwerp school. Its central panel, conceived with a solemn compositional structure and monumental spatiality, interprets Italian painting like few other Flemish works from the first third of the sixteenth century. However, it is not for this reason that the painter has omitted the essence of its painterly tradition: his figures, the angel and the Virgin, are dressed with the elegance and beauty proffered by clothes whose aspect and colouring render them exceptional.

If the central panel corresponds with Renaissance innovation, the depiction of Saint John and Saint Jerome on each wing reveals the exquisite landscapes characteristic of Dutch visual arts, evoked in a rich chromatic range of greens, blues, whites and greys. The grisailles of the closed triptych portray the emblematic Mass of Saint Gregory, in which we see a choir, one of the most common scenes for this type of painting. The evangelical vision of the theme is completed by a repertoire of symbolic and allegorical elements, which respond to radical religiosity as opposed to the iconoclasm that began to proliferate throughout the Protestant lands.

Spanish historiography from the late twentieth century attributed the triptych to Joos van Cleve, or Joos van der Beke. However, more recent studies on the work of the painter fail to acknowledge not only the piece in question but also publications on it. This is no surprise, as the artist's output remains yet to be fully understood. Like countless others from the fifteenth and sixteenth centuries, the differences yielded by the master to the works of a highly specialised workshop have not been established beyond doubt. Be that as it may, this triptych allows us to appreciate the levels of virtuosity that the painting of Joos van Cleve can reach. 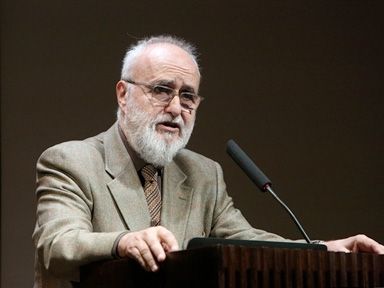