On Beauty and the Sacred

On Beauty and the Sacred is the first survey of the entire oeuvre of Isabel Baquedano (Mendavia, Navarra, 1929–Madrid, 2018), one of the most personal figures in Spanish painting in the second half of the 20th century. As encapsulated by the words of the painter Juan José Aquerreta, 'Isabel's fate was painting', a vocational yearning which stayed with her throughout her entire life.

Renowned in the 1960s as the driving force behind the Pamplona School, and a highly respected artist in restricted circles—her work enjoyed early recognition by expert critics, and she showed them regularly in Madrid and the Basque Country—Baquedano, who soon stopped signing and dating her paintings, sought not fame but instead the pure exercise of painting. This is why she is little-known by the public at large, and that was the main reason why the Bilbao Fine Arts Museum has now organised this exhibition with the twofold objective of sharing her works and furthering awareness of her.

On Beauty and the Sacred brings together more than 150 paintings and 50 drawings—most of them held by the family and private collectors—chosen by the sculptor Ángel Bados, Isabel's friend who is very familiar with her work, and by Miriam Alzuri, an officer in the museum's Exhibition Department.

The works chosen include Table (1979), an iconic piece whose 'silence' has often been compared to the stripped-down still lifes by Zurbarán and Morandi.

Grouped into series, the paintings and drawings offer viewers a sweeping survey of the artist's long professional career and life, while also revealing the topics that interested her which she explored via her art. As explained in the introductory essay to the catalogue by Adelina Moya Valgañón, 'Her entire career was a constant flux, a quest depending on her motivations and her mental elaboration of the concept of painting, in which feeling was always the point of departure'.

The catalogue that the museum is publishing with the exhibition is particularly valuable, since to date no monographic study of Isabel Baquedano has been conducted. Contributors to the catalogue include Ángel Bados and Miriam Alzuri, the writer Ignacio Gómez de Liaño and the art historian and former professor at the University of the Basque Country Adelina Moya Valgañón.

The exhibition opens at the Bilbao Fine Arts Museum (from 30 October 2019 to 26 January 2020) and later moves to the city of Pamplona (from 5 June to 20 September 2020) at the Museum of Navarra and the University of Navarra Museum.

She lived her life between Pamplona and Madrid, and in the early 1960s she became known for her painting within the vein of realistic figuration, where traces of Antonio López can be found. Without losing sight of the pop art that was fashionable at the time, her works included a strong social component. Later, she moved towards composition with a symbolic underpinning, and urban landscapes and everyday autobiographical reality give way to themes and colours from the classical world or sacred history, a reflection of her deeply-held religious beliefs.

Her entire artistic career has been a constant quest—her professional colleagues recount how she continuously erased—for a real art made with the utmost material and conceptual sobriety. Keenly interested in art history, her referents included quattrocento painters like Piero della Francesca, as well as contemporary artists like Edward Hopper, with whom she shared an interest in capturing everyday solitude. At the same time, the influence of the Spanish context can also be detected with movements like post-cubism, art informel, new figuration, expressionism, social realism and pop art. Baquedano sifts all this through a personal style that often uses small formats to seek new pathways in each painting.

On Beauty and the Sacred. Exhibition route

Extremely demanding with her work, she downplayed her own technical skill and tried to take painting to the extreme, confronting the viewer with the enigma of matters which lie beyond the visible.

She is the author of an apparently humble oeuvre, one that is extremely streamlined in its stylistic and expressive resources and, especially since the early 1990s, made with extraordinary technical economy. As a painter, her personal thematic universe includes everyday scenes, still lifes, subjects taken from the classical tradition, subjects from the Old and New Testament and images from the circus.

Drawings and other practice work from the early 1950s reveal Isabel Baquedano's natural talent for representation in the years before she studied at the San Fernando Fine Arts Academy in Madrid. Characterised by expressive economy and clean lines, they also reveal her knowledge of art history and her early ability to suggest a personal vision of reality.

In the early stages of her career in the 1960s and early 1970s, her work was related to the artistic trends of the day, such as social realism, the new figuration and the Pop appropriation of household and advertising images.

Almost always painting from life, the still life was a common theme in her early work, and the artist regularly returned to it to 'take a break', as she said, from the responsibility that painting felt like to her.

Small works full of light emerged from these working sessions undertaken 'without thinking', which serve as the counterpoint to one of her most enigmatic paintings in the museum's collection, Mesa (Table, 1979). Installed in a nearby gallery, it was made using photographs taken in the dining room of the Hotel Internacional in Canfranc (Huesca). Just like other painters, she used photography to help her compose the painting and change what she had previously observed and chosen from the real world.

In the 1970s, a peak period in the artist's life, her works forged a thematic truce with outer reality as she ventured inward to a more intimate world which led her to paint self-portraits, portraits of her family and closest friends, domestic scenes and even works envisioned as tributes to the craft of painting. Free of all figurative convention, in some of them, such as the portrait of Mayte Baquedano and her daughter Mafi, she applies a twofold technical distancing by placing the figures with their backs facing us looking at a background which we cannot see.

Perhaps the task of art is simply to mediate between what we see and what is manifested namelessly beyond what we see, for a kind of symbolic connection between seeing and eye of the 'other'. Isabel practised this task with the sole help of beauty, at times by resorting to good form or, in the best of cases, by exercising a subtle 'erasure' of the representation itself .

Painted as a memento of her journey to Greece and Italy in the late 1970s, the beauty of the temples and sites depicted (Corinth, Paestum and Cape Sunion), as well as the sensations experienced there become the focal points of these paintings. They show evocations of German Romanticism, in which the artist portrays herself amidst of the landscape of classical ruins. Years later, she painted images of the broken temple as an allegory of a time of uncertainty in her personal and professional life.

After the 1990s, she tackled new themes and artistic inquiries, working with enormous constructive economy. First, the presence of geometry and the use of flat, bright colours with strong outlines came to the fore in her work, while drawing became less stable and often developed independent of the colour.

Just as in her still lifes painted from life, in which a pictorial motif was represented from different vantage points, in the mid-1990s she turned to small formats and the repetition of themes, focusing on the pleasure of making, of painting. The same themes—scenes from the circus featuring acrobats, tightrope walkers and contortionists, waiters and waitresses, among others—were depicted by the artist in multiple ways and compositions..

Opening up to religion

Starting in 1994, themes from the Old and New Testament started to appear in her paintings. Judging from the long processes of developing the religious episodes that she re-created (annunciations, expulsions from Paradise, flights to Egypt, sacrifices of Isaac, among others), her predilection for them was the outcome not only of a thematic shift in her work: revisiting the imaginary and symbolic body of sacred history—the 'truest history', according to her belief—gave her a sense of wellbeing and a spiritual haven against the limits of living while also feeding and guiding her daily work as a painter.

The most beautiful story

In an extraordinary fashion, the latest works of Isabel Baquedano are rooted in important life events that the artist dares to capture on painting, primarily guided by spirituality. Perhaps for this reason, her final work is extremely intense from the standpoint of painting. The representation of lived experience in the extreme, in these works she entrusted everything to colour to activate the sacred scene, as if it were an act happening in the present. Her brushstrokes, more impetuous and unpredictable than ever, are applied with the confidence of what she has learned after a happily long life generously devoted to the art of painting on a daily basis 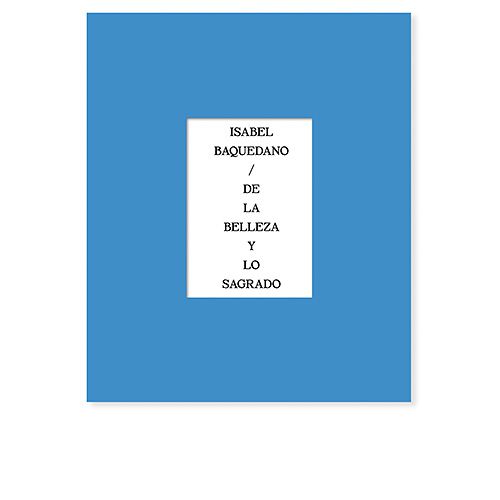 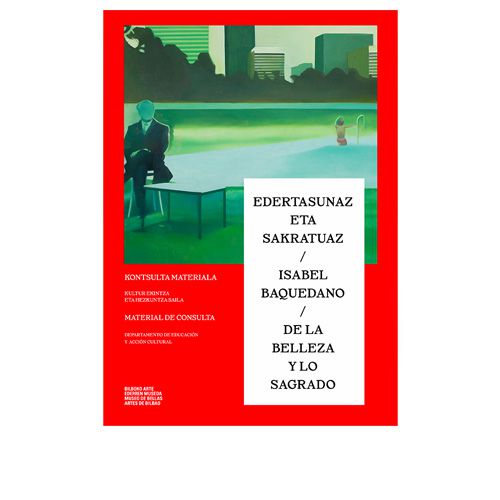