The academicist vision has often prevailed over other ways of seeing and understanding art. With this idea as the point of departure, the Department of Education and Cultural Action has worked in conjunction with the filmmaker Tamara Garc Iglesias (Lasarte, Gipuzkoa, 1978) on this innovative project to dismantle the usual codes of viewing art in order to foster a free, subjective interpretation of the museum's collection.

This first instalment Ikuspuntuak (viewpoints) takes shape in 8 audiovisual pieces lasting around 5 minutes each in which 16 women reflect on 8 paintings from the collection, which also feature women, based on their very different cultural and social backgrounds.

Through creativity, activism or science, Karmele Jaio, Izaskun Landaida, Miriam Ocariz and Marta Macho-Stadler speak out alongside the voices of a young Roma cultural mediator and a trans woman, among others. Each project also has its own narration, which sometimes is poetic and sensorial and others a shock for our emotions and ideas. The eight chapters of Gorputzak (bodies) confront the public with the provocative challenge of eliminating barriers and transforming their experience in the museum into a novel exercise of contemplating and interpretating the artworks.

María Victoria Antoñanzas and César Ochoa from the museum's Education Department have chosen the works in this project, which will be displayed in the BBK gallery along with their corresponding audiovisuals, projected on a large screen (around 4 m long by 2 m tall). The works are Burlesque Feast (c.1550) by Jan Mandijn,The Rape of Europa (c.1570-1575) by Martin de Vos,Motherhood (1895) by Ángel Larroque,Portrait of the Countess Mathieu de Noailles (1913) by Ignacio Zuloaga, On the Game (c.1915-1917) by José Gutiérrez Solana, Femme nue lisant (Nude Woman Reading) (1920) by Robert Delaunay,The Three Graces (1959) by Antonio Saura and The Hispanist (Nissa Torrents) (1977-1978) by R.B. Kitaj.

In addition to visiting the BBK gallery in person, Ikuspuntuak can also be seen as a digital exhibition on the museum's YouTube channel.

Amparo Badiola comments that this painting is lugubrious, while Loola Medicci focuses on the expression of these women portrayed by Solana: if their goal is to attract clients, they don't look joyful but hard. Isabel Herguera tells us she doesn't dare to imagine what awaits the maiden, even though the painting is beautiful. Norma Vázquez talks about Europa's body, of how beauty was represented at that time, but she concludes that Europa looks more sad than beautiful. 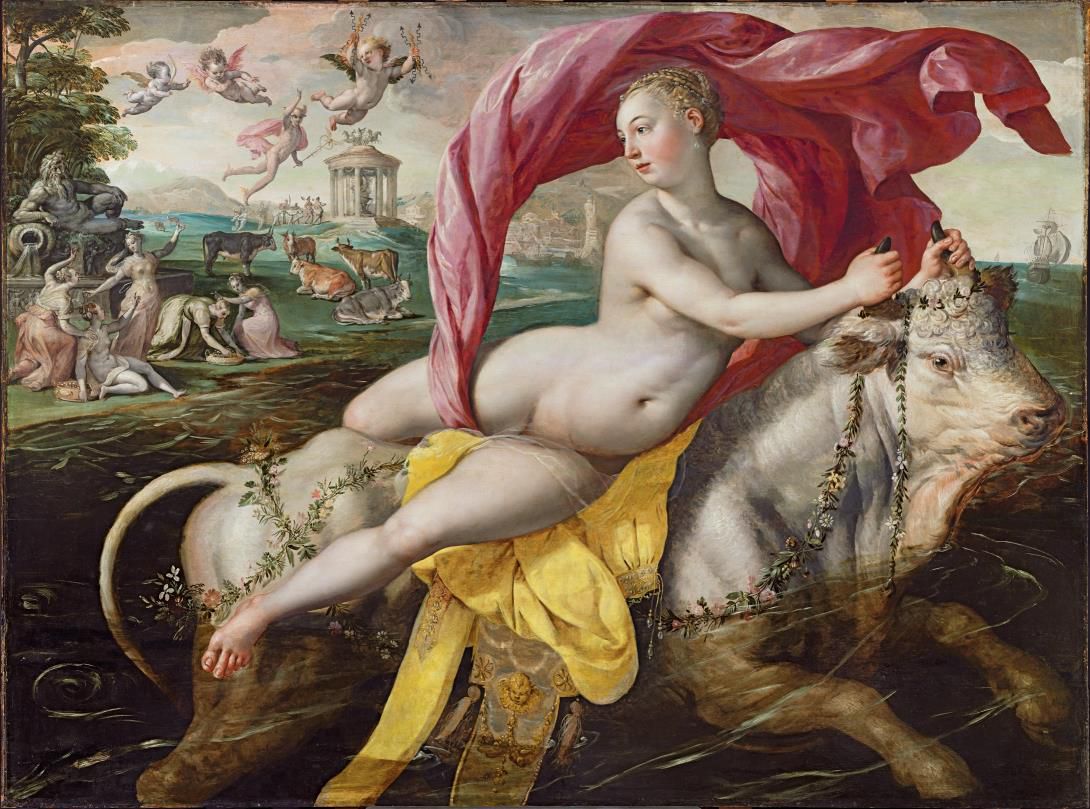 Blanca Arrieta reflects on the frozen, dislocated bodies. In contrast, Tania de Sousa finds something beautiful in the monstrous. 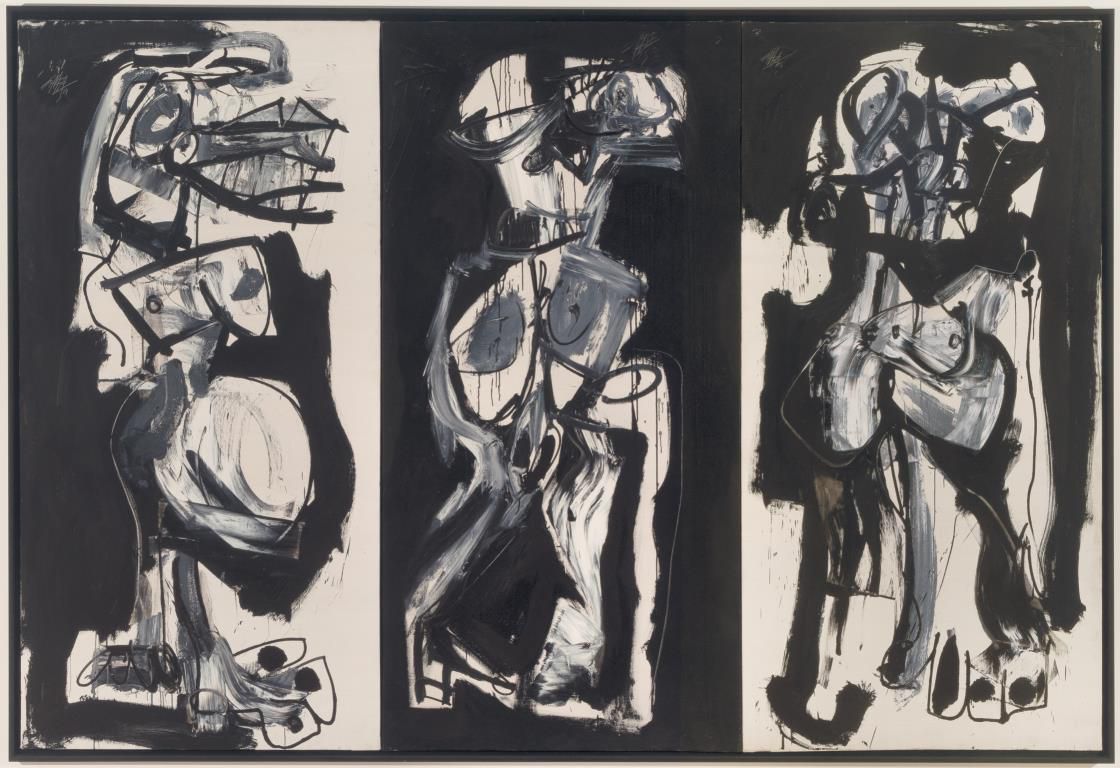 Trinidad Jiménez notices the sadness of her face and how the child looks dishevelled. Elsa Fuente Do Rosario talks about an adolescence suddenly interrupted. As a subjugated object in a wealthy room, the woman is used to hold her beautiful, sweet child. Laura Sam asks us to discuss a world that seems to have awoken today. Aizpea Oihaneder focuses on the faces and mentions the sadness and poverty emanating from the guests at the feast. 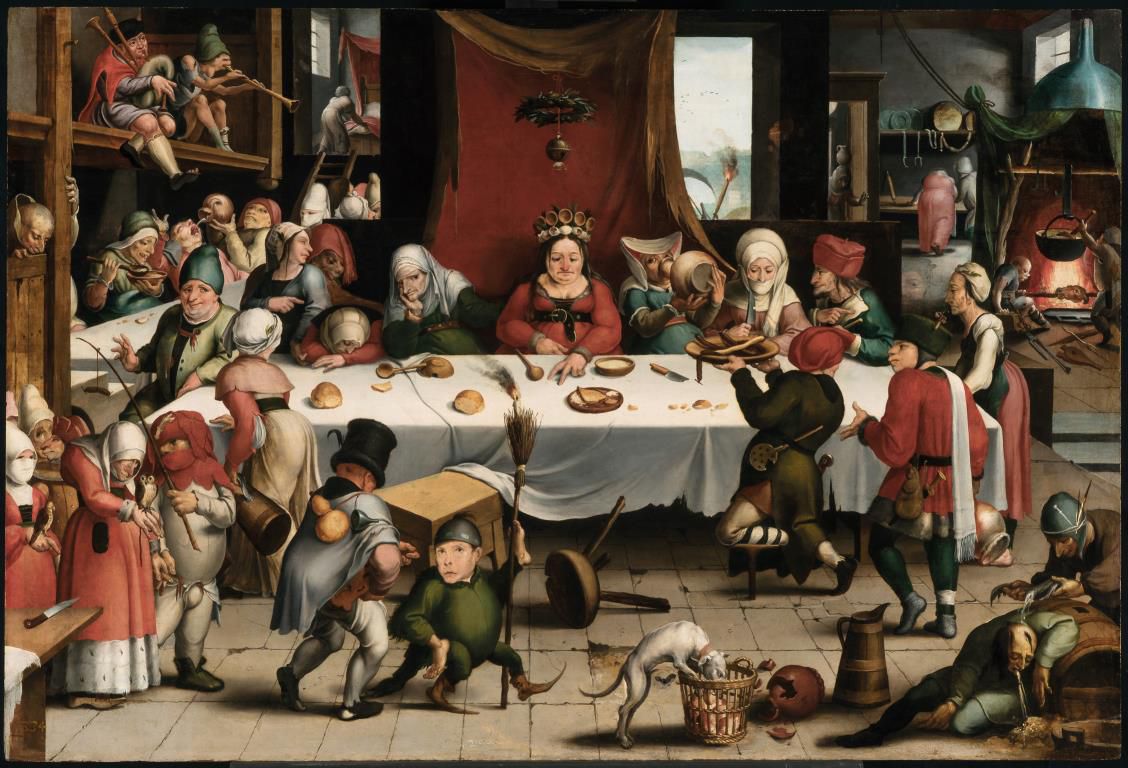 Higi Vandis surveys the body from her brief shoe, fetishistically, and realises that she isn't nude, no matter what the title says. Soraya García focuses on what isn't there, on the feeling of a woman who poses for hours, still, submissive, and who looks at her image for the first time when she gets up and sees herself. Miriam Ocariz talk to her and her words update her, make her present again. Karmele Jaio puts herself in the painter's eyes and concludes that she is a dangerous figure because of her books and her money, and because she doesn't need any gaze to exist. Marta Macho-Stadler surveys and looks at her as if in a mirror, and identifies with her: serene, austere. Izaskun Landaida situates her on any Friday, at the end of the workweek. She is a modern woman, and our eyes can rest because we see something akin to being free.

Alicia García Santos, an art professor at the Empowerment Schools for women and an expert in Equality, will guide the talks-colloquia to reflect on the presence of women in art from the gender perspective: their role as creators, the role art has given to men in objectifying them and the feminine in themes like prostitution and motherhood.

Time: 6 to 7:30 pm
Fee per session: €3 general public / €2 Friends of the Museum
Tickets: HERE and at the museum ticket counter

'Difficult job to list the experiences, in which only jobs or trainings counted, which have resulted in Ikuspuntuak. Gorputzak.

But we have to begin with a past we now view as distant: after studying social anthropology at the University of the Basque Country and film direction in Buenos Aires, I furthered this training on my own and for three years at the Arteleku art centre (San Sebastián). There I spent five years as the director of the International Short Film Festival of Aguilar de Campoo and four as the scheduler at the MAPA Collective associated with Arteleku. In the past decade I have combined work as a curator?Imágenes Secuenciadas (Artegunea Kutxa Fundazioa, San Sebastián, 2021), Marcar. Signar. Notar (Galería Cibrián, San Sebastián, 2020), Mitominas. Narcisa Hirsch (Centro Cultural Recoleta, Buenos Aires, 2016), Mujeres sin Ley (Museo de Arte Contemporáneo de Buenos Aires, 2016) and This is Just To Say (Museo de Arte Contemporáneo de Buenos Aires, 2014-2016)?with production of the films Reescritura (2020-2022), O Gemer (2019-2021), Euria ari du aspaldi ez bezala (2019) and La Piba de Oro (2020-2021). I have directed the experimental film El cuerpo de la mujer sin sombra (2019-2020) on the Argentine artist Alicia D'Amico; the short film Ferreyra, a Film Concrete (in conjunction with Xabier Erkizia, 2021) on the French-Argentine artist Beatriz Ferreyra; the fiction film Paraíso, cerca (2021); and more distant in time, in 2010, two documentary series for TVE2, Mover Montañas and La Luz y el Misterio de las Catedrales.

This eclectic combination, the product of both curiosity and need, made it possible to merge knowledge and the excitement of carrying out this project at the Bilbao Fin Arts Museum, in conjunction with its Education Department.'