The Sacred and the Profane

The characteristically close combination of sacred and profane themes underscores Georges Rouault’s profound interest in the human condition. Creator of one of the most original oeuvres of the past century, Rouault (Paris, 1871—1958) took the principles of “form, colour and harmony” as his aesthetic guide, and this exhibition, which includes finished masterworks and a good number of paintings in progress, sheds significant light on his abiding adherence to these tenets.

Georges Rouault: The Sacred And The Profane has one hundred and fifty-six works, including oils, engravings and one in stained glass. Alongside major paintings like Parade (c. 1907-10), L’apprenti-ouvrier (1925), Véronique (1945) and the series of engravings entitled Miserere, are seventy-two unfinished paintings from the artist’s studio, to which he rarely allowed anyone access while he was alive. Presented under an agreement with the Centre Pompidou in Paris, the current selection is designed to give spectators the chance to get a better understanding of Rouault’s working methods and see how he developed from his earliest paintings, produced with a much lighter layer of paint and a sombre, blue-tinged atmosphere, to the late paintings with their warmer colours and thicker layers of paint.

The exhibition is divided into four large sections. First are the circus paintings from the early period. Rouault always found circus people interesting, so much so that they actually feature in a third of all his works, around seven hundred altogether. His fascination with clowns, acrobats, jugglers and dancers helped him to experiment with form and colour, while ruminating on human misery and loneliness. Next up are seventy-two unfinished works. In 1917 prestigious art dealer Ambroise Vollard made a studio available to Rouault so he could work at his own pace. In 1939 Vollard was killed in a car crash and his heirs sealed off the studio. Much later, in 1947, they were at last obliged to return seven hundred works to the artist. Rouault finished some of them and destroyed others; the rest were included in the donation to the French state made in 1963 by Rouault’s widow and children. These unfinished works tell us a lot about Rouault, revealing a permanent dissatisfaction that led him to return time and again to the same motifs: Christ on the Cross, dancers, figures and nudes, and many landscapes. In an independent gallery are fifty-eight prints from the Miserere series, one of Rouault’s best-known and most important productions. Rouault worked on the series over decades, which means it agglutinates much of his oeuvre. In the midst of the sufferings of exiles, vagabonds, soldiers and prostitutes, Rouault introduces a kind of equilibrium, imbued with a modicum of hope, between the sacred and the profane. From the nineteen-forties, Rouault began to give greater importance to the actual paint, which he worked on the horizontally-placed canvas. At the same time, his colours became warmer and more intense. These are the final years, from which also came the stained-glass work on display. This last section echoes Rouault’s origins, as he began his apprenticeship as an artist working with a master glazier, while summing up his entire career, shot through to the very end with a passionate spirituality. 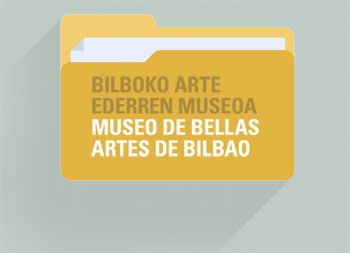