Fernando Botero (Medellín, Colombia, 1932) is the best known of Latin American artists from the second half of the 20th century still active today. Coinciding with his 80th birthday, this exhibition pays tribute to the career of a painter, draughtsman and sculptor who has developed his own, instantly recognisable style, and who celebrates a remarkably vivid, vital reality through the exaltation of volume and colour.

One of the most important anthological exhibitions of the artist’s career, Fernando Botero: Celebration includes 80 works from the last 60 years. All but one of the works are paintings, on display in the Museum’s BBK gallery; the other is a huge sculpture in bronze, Horse with Bridles, from 2009, sited in the city’s Gran Vía opposite the head offices of the savings bank sponsoring the show. A larger version of the exhibition closed on 10 June at Mexico City’s Palace of Fine Art, where it was seen by around 250,000 people.

Botero was intimately involved in the organization of the show, curated by his daughter Lina Botero, who chose and distributed the works, most of which come from the painter’s private collection, in eight galleries to create a theme-based overview of the artist’s 60-year career. Lina Botero has written the keynote essay for the catalogue, which also includes contributions from the late Carlos Fuentes and the 2010 Nobel Prize winner for Literature Mario Vargas Llosa, together with five short stories written and illustrated by Botero in the 1980s.

Fernando Botero began his professional career in 1948, working in Medellín as an illustrator for the El Colombiano newspaper. Three years later he moved to Bogotá, where he held his first one-man exhibition. Basically self-taught, in 1952 Botero won second prize at the Annual Salon of Colombian Artists. That year he moved to Madrid, studying at the city’s San Fernando Fine Arts Academy. He was also a regular visitor to the Prado.

In the following years he travelled around France and Italy. In Florence he was greatly attracted to Renaissance fresco painting. Botero returned to Bogotá in 1955 and shortly afterwards visited Mexico, where he saw at first hand the works of the great Mexican mural painters Diego Rivera and José Clemente Orozco, and became familiar with newer works by Rufino Tamayo and José Luis Cuevas. In 1960 he set up in New York, where he began work on a series of paintings devoted to the old masters, including Leonardo, Rubens and Velázquez.

Gradually Botero developed a personal, figurative style, most unfashionable at the time, which exalted volume and fizzed with a teasing vitality he utilized to set down motifs about the human condition: traditional Colombian life, historical characters, the still life, bourgeois life, the circus and bullfighting. In the early 1960s he finally abandoned any remaining influence of the art movements of the time and began seriously to consolidate his own vision of painting. Thin brushstrokes smoothed away bulky swabs of paint to virtually nothing, while his compositions began to fill with full forms and exuberant colours.

This liking for the monumental scale and the deliberate lack of proportion in his figures is also clear in his sculptures of humans and animals. Botero started to sculpt around 1973, the year he settled in Paris. From then on, his work won great international acclaim and was shown to the public regularly. Some of the most celebrated exhibitions of his huge sculptures were staged in the Champs Élysées in Paris in 1992 and in New York, Buenos Aires and Madrid in 1993.

Beginning with Botero’s formative years, the exhibition moves on to three galleries devoted to Latin America, one of the core themes of his body of work. Following these are religious scenes and paintings of priests and other clergy, a world he portrays with a largely benevolent sense of humour. Later we encounter the world of the circus, the versions and portraits of the old masters, to whom Botero renders admiring homage, and the Abu Ghraib triptych, from a series the artist dedicated to the terrible events in the infamous Iraqi prison. After this somewhat uncharacteristic condemnation come his paintings of the bullfight, another of Botero’s passions, which precede the final gallery, given over to the genre of the still life.

In the first gallery are 8 works from Botero’s formative period that show the variety of influences he absorbed before developing his own visual idiom. We move from the geometric simplification of popular art and Mexican mural painting, combined with an almost metaphysical flavour, in Horses (1954), to the Abstract Expressionism of Boy from Vallecas (1959), a work that also reveals something of his admiration for the painting of Velázquez.

The 22 works on display in these three galleries devoted to Latin America have their origins in Botero’s memories of his childhood and youth: family groups, traditional crafts and trades, dances and odalisques, and also the violence that has shaken Colombia in recent decades. These vivid, colourful paintings share something of the atmosphere to be found in much contemporary Latin American literature. The narrative nature, the superimposed characters, the formal ripeness and the impression of quietude that dominates the compositions all hint at the close relationship with painting from the Italian Quattrocento.


3.- Religion and the clergy
Sacred art is an essential chapter both of the Western tradition and of Baroque Latin American colonial painting. That Botero sees himself as part of this tradition is clear from the 7 paintings in this gallery, despite the obvious distance from the didactic and representative ends proper to religious art. What really interests Botero is the visual quality of the forms and robes, the theatricality and the ostentation of the Church, a powerful presence in Latin American culture and society, which the painter captures with an affable sense of humour.

4.- The circus
In 2006, during one of his regular visits to Mexico, Botero—like Rouault and Picasso before him, and other artists besides—was fascinated by a picturesque popular circus. This casual encounter offered the painter a host of iconographic motifs, and from then on, Botero made the circus and circus people one of the main iconographic storehouses of his prolific production.
Trapeze artists, clowns, trainers, jugglers and acrobats feature in these 14 paintings that contrast the melancholy of circus artistes with the eye-catching colours of their costumes. The vivacity of the pirouettes they execute is in odd juxtaposition to the solemn-faced stateliness of their expressions.

5.- Versions
In this gallery a dozen works pay homage to the old masters of Western painting that Botero has admired and studied since his first visit to Europe in 1952. His devotion to the masterpieces and great painters of the past, a source of inspiration throughout his career, has led to versions of well-known works from the history of painting and to portraits of the artists themselves. This tribute also gives Botero the opportunity to declare his allegiance to the traditional craft of the painter.
These paintings are after Piero della Francesca, Le Brun, Van Eyck, Raphael, Ingres and Goya. While keeping them recognisable, the artist adds some “after Botero” touches, alterations that bring the paintings closer to his own style. Accompanying these versions are portraits of Giacometti, Delacroix, Courbet, Ingres and Rubens.

6.- Abu Ghraib
In 2004 the world discovered the horror of the Abu Ghraib prison, where US soldiers tortured and executed Iraqi prisoners. Botero, who in the late 1990s had already produced a series on the violence in Colombia, was stunned by the news. He produced a set of 56 paintings and drawings that he donated to the University of Berkeley, California.
On display here is one of the central works from the series, the large triptych Abu Ghraib #44, painted in 2005. The work openly addresses the indignity of torture and the terrible injustice of violence. All three scenes occur in confined, barred spaces, with the victims taking centre stage. Colour here is much more restricted, with the red of the blood particularly striking, as are the hoods over the heads of the anonymous, universal victims of human cruelty and barbarity.

7.- The bullfight
Botero`s admiration for the visual qualities of bullfighting is similar to his interest in the circus, although in this case he focuses mostly on the bullfight’s boundless potential for colour and composition. An added factor is the artist’s own liking for the world of the toro: as a boy, his uncle enrolled him in a bullfighting academy in Medellín. Working in a tradition that includes Goya, Manet, Picasso and Bacon, Botero has returned frequently to the bullfight theme since the early 1980s. Six paintings depict different phases of the bullfight, culminating in the tragic death of the bullfighter. Other characters include the picador’s horse. The Abduction of Europa revisits a theme from classic Greek mythology intimately associated with the figure of the bull.

8.- Still life
This final gallery shows 9 works in one of Botero’s favourite fields, the still life. The paintings are closely linked to the 17th century Dutch tradition, when the portrayal of objects and vases and inert foodstuffs became an independent genre. Botero wraps the genre in his personal style, and enhances it with touches from Latin American culture, including typical fruits, pots and baskets. Here too, as in the rest of his production, the main distinguishing feature is the quest for beauty and the pleasure of contemplation, achieved through the sensual exaltation of volume, which Mario Vargas Llosa describes as “this quiet and sumptuous abundance.” 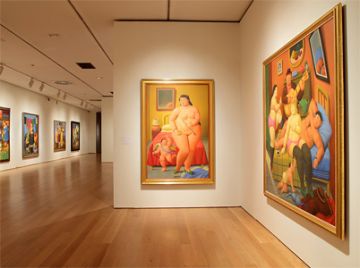 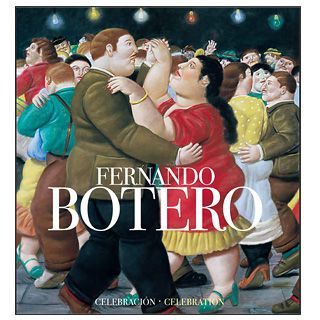 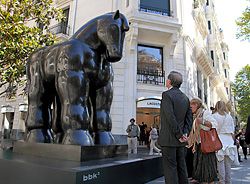 Horse with BridlesA monumental sculpture on the citys Gran Vía 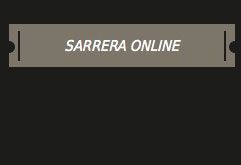 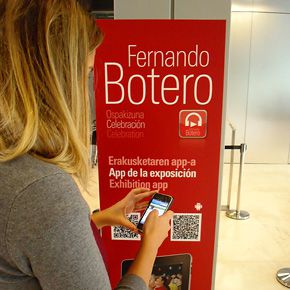