The artistic interests of Eduardo Arroyo (Madrid, 1937–2018) encompassed not only painting but also literature, sculpture and prints, languages which he used wholly effectively throughout his lifetime to capture his often iconoclastic images and ideas.

He started working in engraving in the early 1960s, a passion he kept up throughout his entire life which materialised in a major corpus of works on paper made with a variety of techniques, including lithograph, etching, dry-point, aquatint, pochoir, linocut and woodcut.

In 1996, the Bilbao Fine Arts Museum published a catalogue of the artist's engravings since 1989, along with Suite Senefelder & Co., a set of 102 prints with which Arroyo paid tribute to Aloys Senefelder, an 18th-century actor and playwright born in Prague who grew tired of hand-copying his plays and invented lithography almost by chance in 1796. This work continued the cataloguing that the Valencia Modern Art Institute (IVAM) had started of this Madrid artist's first 159 engravings.

Proof of the close ties between Arroyo and the Bilbao Fine Arts Museum is that in 2017–2018, the museum organised the last major anthological exhibition devoted to him—entitled Eduardo Arroyo. Le retour des croisades [The Return of the Crusades]—dovetailing with his 80th birthday. In September 2018, shortly before he died, the artist wanted to give back and so he donated around 100 engravings from his later years, thus helping enrich the museum's collection of graphic works.

This generous act was the seed of the publication of the fourth volume, which completes the catalogue of the artist's engravings. The book will be launched at the museum along with the donated works as part of the ninth edition of FIG Bilbao, the International Festival of Engraving and Works on Paper (26–29 November 2020).

Both the publication and the exhibition were coordinated by Fabienne di Rocco, an expert in Arroyo's works and his collaborator on countless artistic and literary projects. 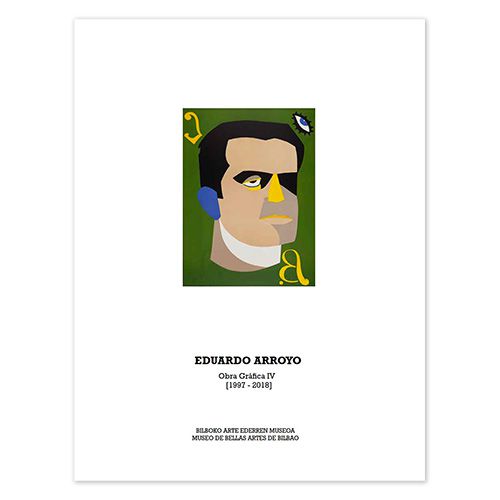