Daniel Tamayo: The Fable is an exhibition of twenty-six medium and large-format paintings Tamayo has produced over the last decade, most of which are exhibited for the first time. The exhibition is a response to the Museum’s interest in reviewing the careers, or, as in this case, the recent work, of leading artists currently active in Basque art. Throughout his career, Daniel Tamayo (Bilbao, 1951) has created and developed a highly personal style he uses to put a geometric interpretation on reality. Painstaking drawings create “objectual”-type forms to which he then applies an intense colour range.

Tamayo organizes these ingredients into complex, highly theatrical compositions that he fills with images drawn from a broad range of sources in art and culture in general: icons from primitive or religious art, images from the world of childhood, cartoons, graffiti, geometry and alphabets, from crafts, folklore, the circus, advertising, design, comics and even literature. Everything is grist to the artist’s mill, raw material to be transformed into a vivid, fantastical narration that brings to mind Italian and Flemish artists of the 15th century like Ucello, Fra Angelico, Bosch and Brueghel. This apparently chaotic universe of images has its own internal order previously determined by Tamayo. The artist’s remarkably thoroughgoing methods ensure he is totally in control of the composition. Drawing, an intrinsic part of the process, is employed systematically to recreate the images registered in his "field notebooks", the jotters in which he accumulates pencil drawings. Accompanying these images are computer-generated images, others from photographs, from dolls and toys, souvenirs and all kinds of figures. Next Tamayo produces line-drawn sketches, in which the selected items are fitted into scenes he later transfers, with slight modifications, to the surface of the canvas. Only then does he actually start to paint.

The end result is a complex composition that may be festive, playful, ironic or surreal in spirit. What we are offered is a painting that unfolds before our eyes, one that allows us to put together our own visual fables. 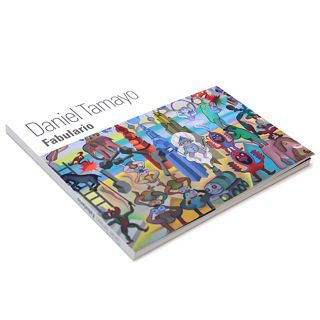 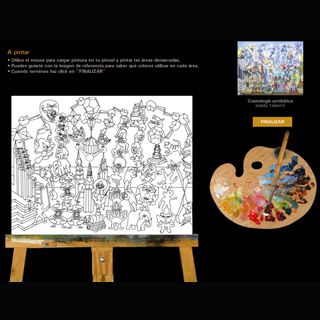 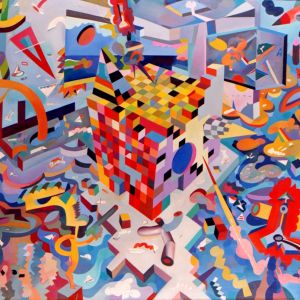 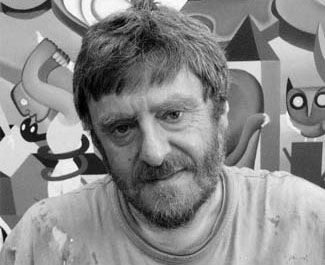 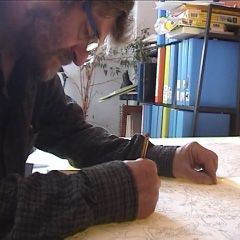 The Making of a MuralVideo 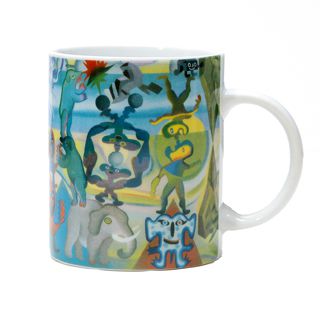 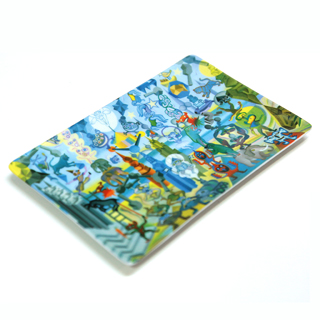 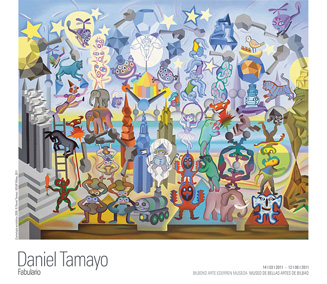