This retrospective devoted to the painter Carmelo Ortiz de Elgea (born Vitoria-Gasteiz, 1944) will feature nearly 50 works that offer an almost complete survey of the career of this artist, known for his distinctive vision of figuration and landscape, generally depicted in large formats. Curated by Javier Viar, the director of the Bilbao Fine Arts Museum, the exhibition will be divided into six sections corresponding to the different phases of Ortiz de Elgea's career.

In the 1950s, the precociously talented, self-taught Ortiz de Elgea initially focused on an Expressionist style of landscape. His early works were first influenced by the landscape painting of the School of Madrid, particularly the work of Benjamín Palencia, and subsequently by abstract Informalism and Antoni Tàpies's material-based painting.

In the mid-1960s Ortiz de Elgea turned his attentions to Pop Art, adopting a palette of flat, brilliant colours as well as the use of typographic elements, photographic collages and images taken from poster designs. It was during this time, in 1966, that he co-founded the Orain group of avant-garde artists from Álava.

Following this period, at the end of the decade Ortiz de Elgea formulated an original and extremely imaginative type of figuration involving autobiographical references and including figures of different appearances and scales, combined together in a spatial context devoid of perspectival laws.

In 1973 his career again changed direction and he began to produce abstract paintings structured through large planes of colour that gave rise to landscapes located mid-way between naturalism and geometry, now stripped of any human presence. This period was short-lived as in the 1980s the artist returned to figuration and his works now included landscapes of varying degrees of finish as well as abstract passages often derived from unforeseen elements arising during the act of painting. Also present are images derived from his everyday environment and from his extensive travels.

Carmelo Ortiz de Elgea has continued to pursue this direction, focusing his pictorial interests on his primary commitment to the relationship between the figure and landscape, located in a world of enormous creative energy governed by colour and the painterly gesture and one that fluctuates between the imagination and personal references.

Carmelo Ortiz de Elgea (born Vitoria-Gasteiz, 1944) is an artist who makes use of traditional techniques and whose sense of colour and freedom of line and stroke have allowed him to develop a wide range of stylistic options. Ortiz de Elgea, who describes himself as a landscape painter, began his career in the early 1950s at a young age and in a self-taught manner, influenced by the expressionist landscape painting of the School of Madrid and soon afterwards by Tàpies's Informalism and matter painting. In 1966 he co-founded the Orain group of avant-garde artists from Álava together with Juan Mieg, Joaquín Fraile and Alberto Schommer. For a short time Ortiz de Elgea's work was notably influenced by Pop Art, after which he deployed a brilliantly colourful figuration in which the figures fused with a setting devoid of any references. In 1973 he began to produce a type of abstract painting based on large areas of colour that formed sweeping landscapes located mid-way between the naturalistic and the geometrical, now devoid of any sign of human presence. This was a short-lived phase and in the early 1980s the artist returned to figuration to which he has essentially adhered to the present day.

Through a selection of some of his most important paintings, this exhibition offers a survey of Carmelo Ortiz de Elgea's career and explains his connections with some of the 20th-century's visual art movements.


Ortiz de Elgea spent his childhood and youth in the rural world of Aretxabaleta near Vitoria, living in direct contact with nature. His early works offer a direct and expressive depiction of the landscape of mountains, farms and broad planes that surrounded him. Following this period, in the early 1960s he adopted the palette of the School of Madrid landscape painters, particularly Benjamín Palencia, using heavily charged brushstrokes and painting less naturalistic and descriptive works. These culminated in a series of abstract works of an Informalist type in which he made use of oil and other elements, as in Gesture between Spheres. In the mid-1960s Ortiz de Elgea incorporated stylistic devices and techniques derived from Pop Art, such as images from posters and collage.


For a few years, starting in 1968, the human form was the principal motif in Ortiz de Elgea's painting. At this period he produced a series of large, intensely coloured landscapes in which figures of all types appear with no concern for perspective. The result is a teeming, liberated world in which fantasy, humour and eroticism are present. In Bathers a group of nude figures around a lake form a classical scene that is, however, disturbed by a man wearing a beret in the background. Contemplating the Landscape focuses on a naked, seated figure who looks up abstractedly, like Adam in the Garden of Eden asking himself about the meaning of the universe.


For some years Ortiz de Elgea painted abstract works in which he organised the space through geometrical structures and large colour planes that create the effect of broad aerial landscapes. From his earliest works of this type, which suggest Synthetic Cubism, he evolved towards increasingly abstract and expressionist compositions, including the series of large-format works on display here, suggestive of stormy landscapes in which earth and sky fuse together.


In the early 1980s Ortiz de Elgea produced an experimental type of work in search of new expressive forms, resulting in paintings such as the still abstract Lacquer, or Wounded Animal in which we encounter a renewed interest in identifiable landscape. During this period he revived the use of perspective through elements that make the spatial setting recognisable, such as a path or the horizon line. In addition, his chance rediscovery in his studio of his earliest landscapes painted during his teenage years led him to re-establish a direct relationship with nature.


Landscape prevails over the human form in the works on display here. In Figure crossing the Wood and Backlighting (Korres) the figures have lost their individual nature and appear as shadows or ghosts. In The Lookout an isolated figure on a mast or column is outlined against a panoramic background. In Bilbo I, which is part of a series on the destruction of Bilbao's industry in the 1980s, a human shadow falls on the industrial landscape like a perplexed witness. Finally, in works such as Distracting the Chaperone groups of two or three people are depicted as inanimate manikins.


Many of Ortiz de Elgea's landscapes are located on the borderline of abstraction even though they are painted from first-hand preliminary studies, such as Flowers-Fire, Asturian Landscape and The Thicket, in which the accumulation of plant forms creates an almost unidentifiable image. In the artist's most recent works, however, there is also room for figurative landscapes, some of them the result of the painter's extensive travels, such as Shepherds' Huts in California, executed on his return from a period spent in Reno (Nevada), and The Mangrove Swamp, painted from a preparatory study made from life in Guatemala. 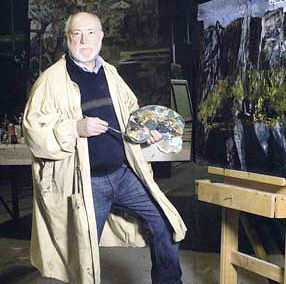 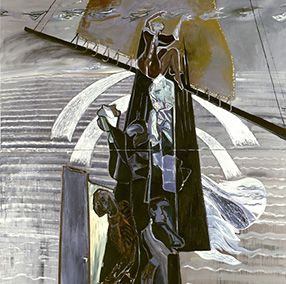 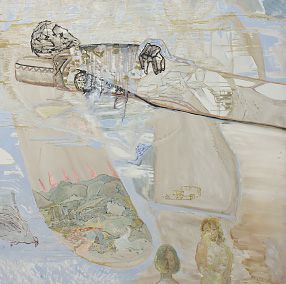 Donation 2005Six paintings and one sculpture 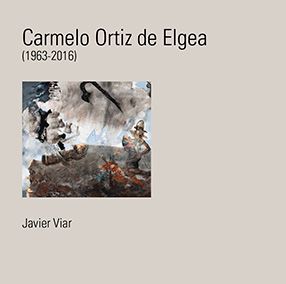 Reading RoomText from the catalogue 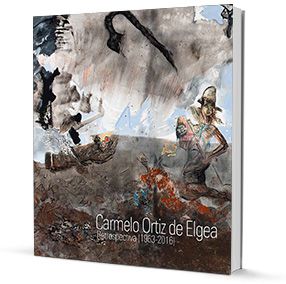 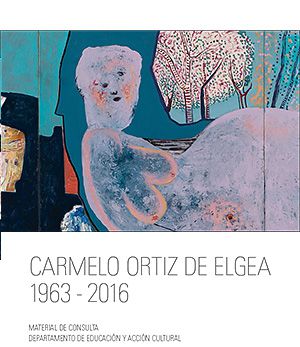