The Bilbao Fine Arts Museum is taking part in the 6th edition of the Bilbao International Printmaking and Work on Paper Festival with an exhibition devoted to the subject of colour printing as an expressive element of the work of art and featuring 59 prints from its extensive holdings of graphic art.

The museum has collaborated with FIG Bilbao since the first edition of the festival in 2012. Every year since that date it has organised associated exhibitions, including monographic ones on Giovanni Battista Piranesi (2012), Mimmo Paladino (2014), and Lucas van Leyden (2015), and collective ones on Printmaking in Sardinia (2013) and the Vivanco Collection (2016). This collaboration reflects the museum's long-standing focus on the study and dissemination of work on paper, based on its extensive holdings of more than 10,000 works, of which more than 3,000 are prints.


Since it was first launched the Bilbao International Festival of Printmaking and Art on Paper has combined its commercial facet with a focus on promoting knowledge, research and appreciation of graphic work with the aim of disseminating the culture of printmaking, attracting the public and strengthening the art market. It is within this context that the festival is now the sponsor of the museum's exhibition Beyond Black. Colour printing in the collection of the Bilbao Fine Arts Museum.
The exhibition is part of an extensive annual programme of activities that includes exhibitions, round tables and encounters relating to emerging printmaking, such as the Open Portfolio programme to be held tomorrow and on Saturday 28 October in the Ensanche de Bilbao building. This series of events culminates with the FIG Bilbao Fair, to be held between 16 and 19 November at the Palacio de Congresos y de la Música Euskalduna, an event that will project Bilbao internationally and particularly in the Atlantic region as a key centre for both the market and study of works on paper.

On this occasion FIG Bilbao and the museum have opted for an educational project through the organisation of an exhibition on the history of colour printing from its origins to the present, based on 59 works from the collection. They have been selected by Javier Novo, head of the museum's Collections Department, whose text in the accompanying catalogue represents a significant contribution to the literature on printmaking in Spain.

From the 15th century onwards printmaking was the system generally employed in Europe for the dissemination of images. The potential for printing a large number of impressions at a low cost and the ease with which prints could be transported and distributed meant that from the 18th century in particular a flourishing trade and collecting of prints emerged which gradually encouraged improvements in the techniques of reproduction and a search for greater refinement in the artistic finish of printed images.

As a result of the above the earlier practice of hand-colouring prints was soon abandoned in favour of experimentation with techniques that allowed for the mechanical inclusion of colour as an expressive element. Following the use of a large number of more or less craft-based techniques (including a variant of the woodcut in northern Europe that used different blocks for the outline, shadows, half-tones and highlights; the Italian chiaroscuro woodcut; and the mezzotint widely used by English printmakers), colour printing emerged in a systematic manner in 18th-century France where artists such as Jean-François Janinet and Gilles Demarteau (represented in the exhibition with two and three works respectively) employed it not as an accessory element but as one of the technique's essential expressive resources by means of overprinting various plates, each one corresponding to a different area of colour. This technical revolution culminated in Germany in 1796 with Aloys Senefelder's invention of lithography.

During the 19th century Japanese artists achieved exceptionally high levels of skill in colour printing, resulting in a body of works that became widely known and celebrated. The present exhibition has been able to include works of this type thanks to the large and high quality group of prints bequeathed to the museum from the Palacio collection of oriental art. These are ukiyo-e prints of popular

inspiration, of which the most celebrated artists were Utamaro, Hokusai and Hiroshige. These artists' distinctive colour woodcuts circulated among European painters who adopted their characteristic motifs, viewpoints and flat tones. At the same period Paris saw a new appreciation of colour lithography, evident in the work of Chéret and Cézanne, both represented in the exhibition.

In the 20th century the emergence of new procedures such as carborundum, silkscreen and offset and the lower costs of printing opened up broad new horizons for artists from the time of the early avant-gardes to the present. The prints of Man Ray, Joan Miró and Roberto Matta were all influenced by Surrealism while Oskar Kokoschka is a classic example of political poster-making within the context of the European wars.

Over the course of the century the artistic movements for which colour was the key element – Abstract Expressionism, Pop Art and Colour Field – found the colour print the ideal support for expressing and disseminating its achievements. This was the case with Robert Motherwell, James Rosenquist, Allen Jones, Richard Hamilton, Jim Dine, David Hockney and Kenneth Noland, among others. Linocut was in turn revived by the German Neo-expressionists Jörg Immendorf and Georg Baselitz. Other interesting innovations include the use of combined techniques, found in the work of Mimmo Paladino, Enzo Cucchi, Cy Twombly and Larry Rivers.

Within Spanish art, silkscreen was the technique most widely employed from the 1960s onwards and the exhibition includes important examples by Luis Feito, Alfredo Alcaín, Luis Gordillo, Equipo Crónica and Rafael Canogar, among others.

Finally, it is important to note that this exhibition also offers a transversal vision of the museum's collection with works from different periods and by national and international artists, including Basque creators who placed particular emphasis on printmaking, such as Francisco Iturrino, Darío de Regoyos, Gabriel Ramos Uranga, Mari Puri Herrero, Andrés Nágel, Marta Cárdenas and Cristina Iglesias. 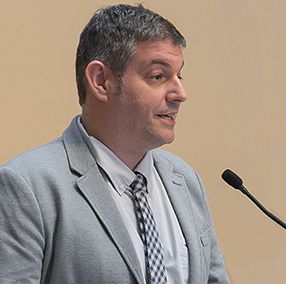 Lecture: Beyond blackGiven by Javier Novo 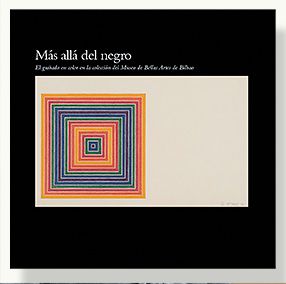