in the collections of the engineers José Entrecanales and Santiago Corral

The museum will host a major exhibition on Spanish landscape painting from the late 19th and early 20th centuries focused on the collections assembled by the civil engineers José Entrecanales Ibarra (Bilbao, 1899-Madrid, 1990) and Santiago Corral Pérez (Santander, 1907-Madrid, 1989) between the 1940s and 1970s.

Both were devoted to transforming the infrastructures of a backwards country, while also keenly interested in the renovation in painting which had taken place in Spain half a century earlier through modern genre par excellence, the landscape.

Thus, they insightfully focused on the best and most innovative painters and put together exuberant collections with important works, most notably because of their number, works by Aureliano de Beruete (Madrid, 1845-1912) and Darío de Regoyos (Ribadesella, Asturias, 1857-Barcelona, 1913), the only Spanish Impressionist painters.

This exhibition's interest lies first in the outstanding quality of the works assembled by Entrecanales and Corral, and secondly in their extraordinarily tenacious collecting for their era.

Bilbao was a key city to Regoyos, the most cosmopolitan and radical of the painters represented. It yearned to join the modern world, as did our museum, and it conserves the best existing collection of Regoyos works, making it a fitting, enthusiastic host for this show, which is also a unique chance to exhibit an extraordinarily significant series of pieces by Aureliano de Beruete for the first time.
The show will bring together 70 works from these collections—most of them dating from 1890 to 1920—primarily landscapes by Beruete and Regoyos, complemented by others by their contemporaries Agustín Riancho, Francisco Gimeno, Santiago Rusiñol and Joaquín Sorolla.

Beruete, Regoyos and the Landscape in the Collections of the Engineers José Entrecanales and Santiago Corral is curated by Javier Barón Thaidigsmann, head of the Conservation Area of 19th-Century Painting at the Museo Nacional del Prado, and the author of the extensive catalogue text published on the occasion of this exhibition.

Beruete, Regoyos and the Landscape
in the Collections of the Engineers José Entrecanales and Santiago Corral

José Entrecanales (Bilbao, 1899-Madrid, 1990) and Santiago Corral (Santander, 1907-Madrid, 1989), prominent civil engineers and businessmen, were also serious collectors. Partly interested in landscapes because of the importance of land in their profession, they each assembled a large collection significant works by the most prominent Spanish artists at the turn from the 19th to the 20th centuries.

At that time, landscapes were the prime source of modernity in painting. In Spain, they were associated with a new vision of the country by the artists of regenerationism, who were aware of the historical and cultural value it harboured. Among them, Aureliano de Beruete and Darío de Regoyos were the most radical and the most closely associated with the modern European trends. The significant representation of their outstanding works in both collections is an eloquent sign of the wisdom of the collectors' choice, as proven by the group of artists presented here.

They also acquired works by the Cantabrian painter Agustín Riancho and the Catalan Francisco Gimeno, both of whom had unique careers in the freedom and immediacy with which they quite independently tackled nature. Finally, Entrecanales and Corral also appreciated the works by two eminent painters who cultivated other themes but also worked outdoors and painted noteworthy landscapes: Santiago Rusiñol, who is associated with symbolism, and Joaquín Sorolla, the most prominent artist of his generation, a close friend of Beruete and like him aware of the variety and richness of Spain's geography.

Agustín Riancho's career is unique in 19th-century Spanish portraiture. During his long sojourn in Belgium in the 1860s and 1870s, he assimilated the new realistic trends which had been spreading through French influence. At that time, he developed a taste for using black tones and thick, weighty material applied in broad brushstrokes. Given his predilection for river motifs, he often visited rivers during his stay in Valladolid late in the century, and afterward, upon his return to Cantabria, near his hometown, Entrambasmestas, where he painted in complete solitude. At that time, he expressed the power of northern Spain's nature with extremely intense energy in his depiction of the Cantabrian forest, trees, rivers and waterfalls. Towards the end of his life, when he was quite elderly, he painted in ochre, grey and black tones applied with thick, impasto brushstrokes in daubs of colour with no outlines. This profound immersion in nature, with which he was intimately familiar, fascinated Santiago Corral, who assembled thirteen of his works. Furthermore, the ancestors of his wife, María del Pilar López-Dóriga y Pombo, had been the artist's leading patrons early in his career.

The founder of the Institución Libre de Enseñanza (Free Learning Institution) and a collector, art historian and fervent music lover, Beruete was the most highly educated painter of his generation. His landscapes managed to show a profound, original vision of the ancient Castilian cities, especially Toledo, where he painted almost every year, as well as Segovia, Ávila and Cuenca. He also worked in different European cities, some of them quite popular with painters, like Eastbourne, Quimperlé and The Hague. His love of mountains, a characteristic of his fellow members of the Free Institution of Education, led him to paint the Guadarrama mountains, the backbone of Spain, in works that pay tribute to Velázquez, who depicted them in the backgrounds of his portraits and to whom Beruete dedicated an invaluable monograph. He also painted the Alps, the heart of Europe, on three successive journeys there. After 1903, he used pure tones and fragmented brushstrokes in the Impressionist style, as seen in the glints in his paintings of Manzanares, which are interpreted with a fluency and freedom that reveal his familiarity with Velázquez. The sum of Beruete's paintings assembled by Entrecanales and Corral comprise a set unmatched in quantity and quality by any other collection.

Among Spanish landscape artists, Regoyos had the most contact with the international trends since his youthful sojourn in Brussels, one of Europe's hotspots of innovation. Coupled with his continuous drive to explore, this made him the most modern Spanish artist. His proximity to symbolism from one of its most original sources, Belgium; his assimilation of Impressionism and Pointillism, bolstered by his friendship with Camille Pissarro and Paul Signac; and his interest in painting landscapes in a novel way turned him into an influential touchstone, especially in the Basque Country, where he lived much of his life. The number and kind of works assembled by José Entrecanales and Santiago Corral mean that his valuable Neo-Impressionist period (a movement that no other Spanish artist cultivated) is properly represented: the damp landscape of the Basque Country, the fascination with the historical past, the interest in Granada and his late years in Barcelona. His attention to the industrial transformation of the estuary of Bilbao, Las Arenas ferry bridge and the Ormáiztegui viaduct is particularly noteworthy because of both its quality and its association with the two engineers' profession.

Gimeno's artistic personality is very unique and in fact marginal compared to his contemporaries. After his early local training with decorative painters, in 1884 he moved to Madrid, where he became a disciple of Carlos de Haes and studied the Golden Age masters in the Prado Museum. Three years later he returned to Catalonia, where he spent his entire career. His paintings, which feature earth tones, thick impasto and energetic strokes, are the outcome of an intuitive temperament. Many of the motifs he rendered were found inside forests, where the artist felt totally enveloped by the landscape and captured it with keen immediacy. His original, direct way of approaching nature without downplaying the ruggedness of the rocks and ravines, captured through dense and sometimes arid material, primarily attracted Santiago Corral, who managed to assemble 31 of Gimeno's works. The majority are from his later period, after 1917, when the higher quality of the pigments he used enabled him to achieve more varied colours through lusher execution.

A cultivated man who fervently promoted art nouveau and symbolism through his work as a writer and artist, Rusiñol is primarily known as a painter of gardens, but he tackled other themes, as well. His dedication to collecting in Cau Ferrat, a museum he founded in Sitges (Barcelona), led him to travel widely. With this goal in mind, he moved to Ibiza in winter 1913, where he painted Puig des Molins, a site with a rich archaeological past where he undertook excavations and was attracted to windmills, which he depicted in the background of this painting. These constructions had captured his attention on his previous stays on the neighbouring island of Mallorca. The delicate perception of this artist, who was used to working from life, is revealed in the nuances of the dusky colours. Equally fascinated by the bright colours found inside Ibizan houses, he went back to the courtyard motifs that he had painted 20 years earlier in Sitges. This reveals the painter's evolution in the brightness of the blue tones in the background, the self-assuredness of the brushstrokes that capture the masses of colour, and the appropriateness of an organised, frontal composition.

Based on his training in Valencia, Sorolla felt attracted by the landscape, which he painted in small sketches. He began to make larger paintings after 1896, when he discovered Jávea. His countless journeys after 1900, coupled with the stimulus of his friendship with Beruete, led to what he called his studies: intense sketches of motifs from Spain's geography painted on-site. He started making them out of sheer interest, but in the latter decade he was spurred by the need for settings for the scenes on the panels of his Vision of Spain for The Hispanic Society of America. José Entrecanales was a major collector of Sorolla's paintings. One of the works assembled here shows the echoes that his most famous work, Afternoon Sun, and his favourite theme of coming back from fishing, left on his subsequent works. Another reveals his interest in the gardens of the Royal Alcázar of Seville, the model of the one of the gardens he designed for his own home-studio in Madrid. His sojourns in San Sebastián towards the end of his career sparked new interpretations, with extremely broad brushstrokes in his view of Mount Urgull and very synthetic, modern ones in San Sebastián. Breakwater Promenade.

On 11 March of this year we unveiled this incredible exhibition featuring 70 landscapes, most of them painted by Aurelio de Beruete and Darío de Regoyos and later collected by the engineers José Entrecanales and Santiago Corral. Due to the exceptional situation which we are currently experiencing, the museum will be closed to visitors for a period of time, but in the meantime technology makes it possible to enjoy a series of intriguing contents related to this exhibition at home.

Summary video of the exhibition 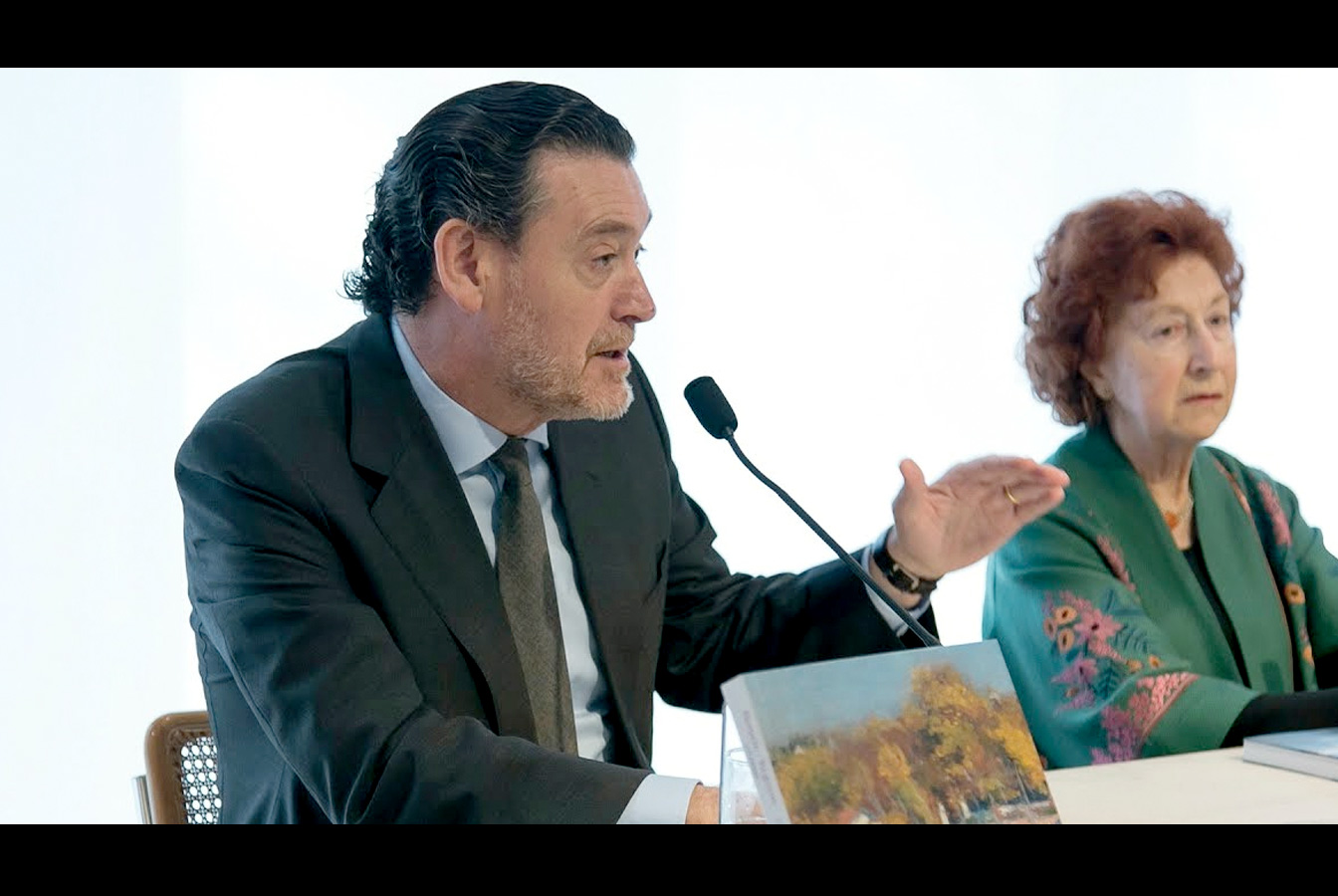 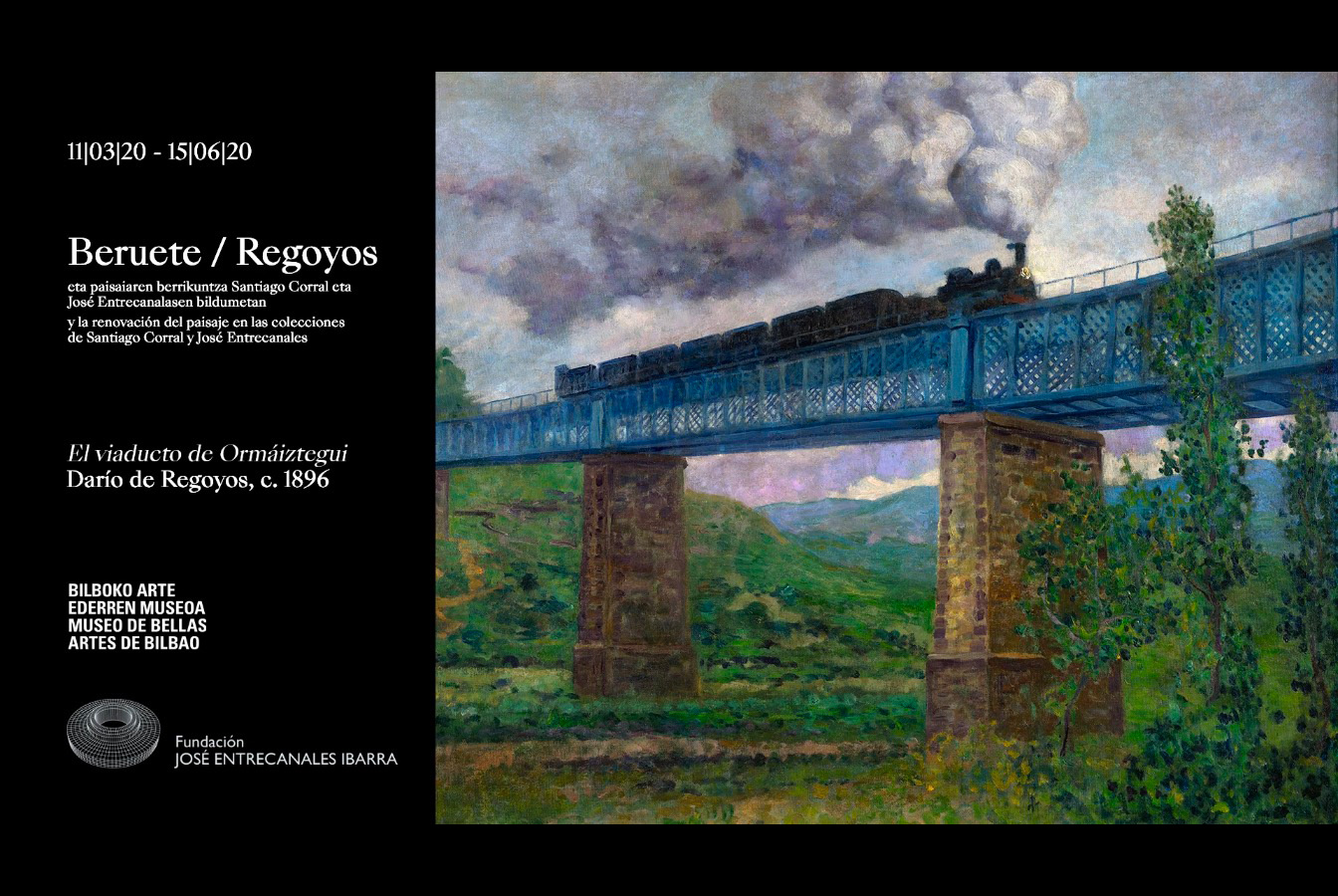 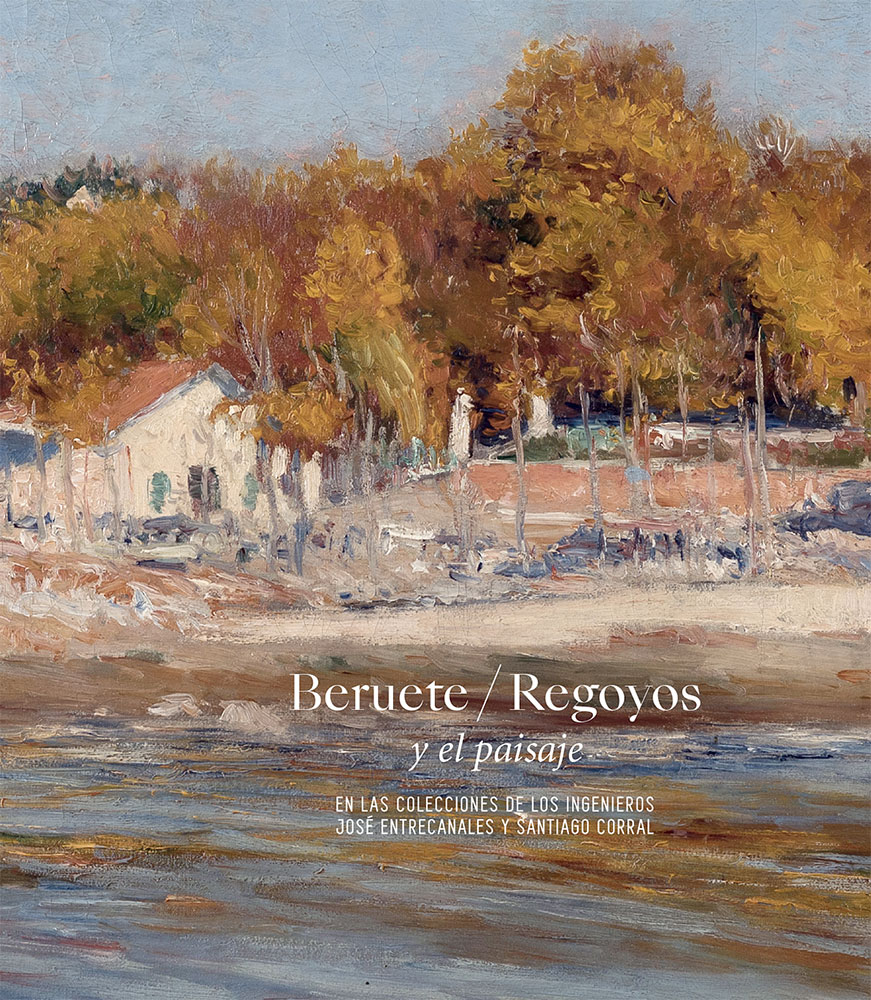