The origins of the modern in basque painting

The Bilbao Fine Arts Museum presents the first individual exhibition devoted to Bilbao artist Anselmo Guinea (1855–1906). Anselmo Guinea: The Origins of the Modern in Basque Painting comprises 80-plus works, more than half of which have never before been seen in public. Many others have not been on public display for more than a century. So this is a unique opportunity to appreciate the delicate virtuosity and the splendid handling of light of this painter, whose work is essential to our understanding of the aesthetic transformations wrought in turn-of-the-century Basque painting. Historian Mikel Lertxundi Galiana, a member of the Museum’s artistic assessment committee, has done exhaustive research into the artist and his work, and the results will be available to all in the catalogue published by the Museum to accompany the show.

Works selected cover all the genres Guinea worked in, including his popular and traditional scenes, landscapes and portraits in his preferred media (mostly oil paintings, although some of his watercolours and exquisite drawings will also be on display). The exhibition begins with the realist landscapes painted in Bilbao in the 1870s. Guinea’s Italian venture between 1881 and 1887 broadened the spectrum of his interests towards Orientalist painting, dress coats and history, popular and traditional scenes. During this phase he consolidated his technique and fully mastered the rendering of light. Late in the decade, close contact with painter Adolfo Guiard (Bilbao, 1860–1916) led to Guinea availing himself of certain Impressionist techniques, applied in particular in the backgrounds of his paintings.

In the late 19th century, Guinea went to Paris to see Impressionism, Pointillism and Modernism at first hand. His time in Paris cued a change in his painting, more luminous and fluid from that time on. With the achievements of Adolfo Guiard, Darío de Regoyos and Manuel Losada, Guinea made a decisive contribution to the renewal of Basque traditional theme painting and landscape art. And although industrialization had begun to produce alterations in the local landscape, Guinea would cling to his rural vision, finding the kind of characters and motifs he needed in the idyllic vale of Arratia. As the new century began, his friendship with several local collectors, particularly with ship owner Ramón de la Sota, enabled him to broaden his thematic range to include marine views and to explore the Modernist artistic potential of stained glass.

The exhibition closes with works produced during his visits to Rome between 1902 and 1905. He concentrated there on social realism and, once again, on Italian popular and traditional scenes, largely to satisfy the demand of local collectors interested in his artistic career, cut short by his untimely death. 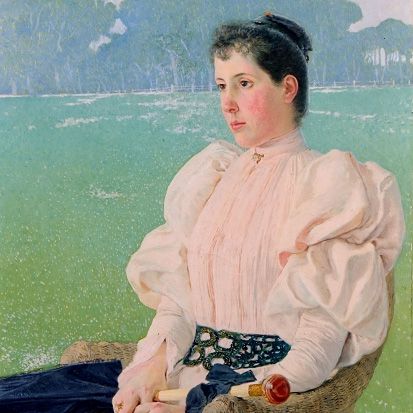 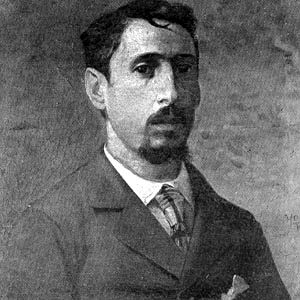 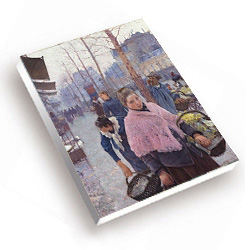 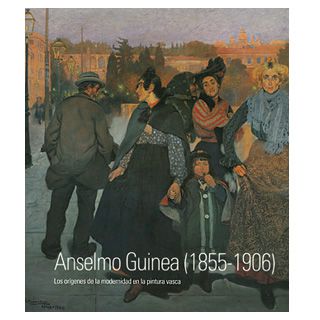