San Sebastián's nomination as European Culture Capital 2016 provided a unique opportunity to explore the work of a group of Basque artists (Jorge Oteiza (1908-2003), Eduardo Chillida (1924-2002), Néstor Basterretxea (1924-2014), Amable Arias (1927-1984), Remigio Mendiburu (1931-1992), José Antonio Sistiaga (1932), Rafael Balerdi (1934-1992) and José Luis Zumeta, born in 1939) who in 1966 came together to found the Gaur group comprising artists from the province of Guipúzcoa. The group made its debut with a manifesto and an exhibition at the Barandiarán gallery in San Sebastián. These eight artists, with the internationally acclaimed Oteiza and Chillida at their head, became a leading "constellation" in Basque art, one that formed in a period of sustained hostility to artistic creation from the upper echelons of the Franco régime.

What group members shared was the desire to unearth the modern legacy in art, to rekindle a Basque school of art that had been frustrated by the Spanish Civil War and the subsequent dictatorship; much the same occurred with other groups in other parts areas of Spain. Local groups like Emen and Orain appeared in Bizkaia and Álava respectively, and Danok and Baita, in neighbouring Navarre and the region of the Basque Country in southern France, although the latter two were never formally constituted as actual groups. Differences between Gaur group members and between most of the groups about how to understand art and its political and social implications put an end to this particular collective adventure in 1969.

2016 marks the fiftieth anniversary of that original exhibition which, despite bringing together artists with different poetics and artistic directions, led to one of the major adventures in recent Spanish art. To signal the occasion a major central exhibition, curated by Fernando Golvano, has been organized at the San Telmo Museum (22/01/16-15/05/16), which includes both a wide-ranging selection of works by the eight artists involved in Gaur and also what we might call the contemporary kairós, i.e. the work of so many other international artists from later generations, whose works strike up a mutually rewarding dialogue  and also refer back to the works from the 1960s produced by the artists who got together to found Gaur. Under the common denominator 1966 Gaur Constellations 2016, the exhibition is complemented by a number of other shows in San Sebastián: Basterretxea, Sistiaga and Zumeta: Later Works is on at the Okendo Kultur Etxea, Mendiburu and Amable: Later Works can be seen at theKur Art Gallery and Balerdi: Later Works is at theAltxerri gallery.

The Bilbao Fine Arts Museum (which has the best collection of Basque art, with 4,000-plus works by the most complete roll-call of artists, including a fine selection from the Gaur group) is contributing to this "expanded exhibition" idea in two ways. First, it is loaning six works from its collection for the San Telmo exhibition, five paintings by Balerdi and a Mendiburu sculpture.

Second, in its large contemporary art room it is also showing a selection from its collection of 74 works by the eight Gaur artists: 18 sculptures by Oteiza, 20 works by Chillida (17 sculptures and three works on paper), four by Basterretxea (two sculptures, a painting and a drawing), three (two paintings and a drawing) by Amable, four sculptures by Mendiburu, a painting by Sistiaga and two paintings by Zumeta. Balerdi is especially well represented, with 22 works on display (four paintings and 18 chalks: seven from the Museum collection and 11 loaned by private individuals).

A highly original artist, Amable's painting was clearly influenced by art informel. After an early interest in landscapes, the artist gave up figurative art for an abstract work of delicate line and evanescent atmosphere. From 1971 he embellished his paintings with a repertoire of small, vaguely figurative forms painted on abstract backgrounds. A good example of this is Of the invisible II (1972), which expresses in tenuous colours the search for a coherent relation between the rarefied background and the corporeity of the pseudo-characters distributed over the painting.

After a period of refined painting deployed with a sober palette, of the sort to be seen in Dark Geometric I(1956),Balerdi embraced a gestural version of art informel. Mesh I (1960) is one of his earliest experiences in this mode, and features a lyrical version with a line verging on the Oriental executed in long, clean-limbed strokes on a luminous background. From here on, Balerdi's painting became increasingly complex as he searched for coherence in composition based on organic or mineral motifs enhanced with the kind of intense colouring appreciable in Venice (1964-1972). Between 1980 and 1985 Balerdi painted works on paper exclusively. These are what are known as "chalks", done with pastels and wax crayons on large sheets of brown paper, a good selection of which are included here. From 1985, when he went back to oils, until his death, he produced a large, varied body of mostly abstract work. Even so, his paintings frequently included structures close to landscape and the human figure, which, being deformed by drawing and colour, as in Altea-90 XLII (1990), add a Surrealist touch to his compositions.

Basterretxea began as an advertising draughtsman before becoming a self-taught painter. From his earliest period comes Composition from the Cube (1957), a painting based on Cubist-style shapes and forms. In the late 1950s, he started on sculpture with Oteiza, his work notable for the care taken in execution and the combination of abstraction and figuration. A paradigmatic example of this period is to be found in Basque Cosmogonic Series, based on characters and episodes from Basque mythology and dating from 1972 to 1975. In 2008, Basterretxea donated the 18 wood sculptures in the series to the Museum. On display here are Illargi amandre and Eiztaria, both from 1972. Basterretxea also worked in film, design, photography, posters and sculpture, and on several architectural and town-planning projects that never came to fruition. In the 1980s he also worked on a range of site-specific outdoor sculptures.

The Museum collection features several major works by Chillida that marked a number of turning-points in his development, which oscillated between an art informel-tinged calligraphy and more compact geometric forms verging on what we might call Spatialism. Iron, alabaster, concrete and terracota were his favoured materials for sculpture. Irons of Tremor II (1956) and Around the Void I (1964) are from two of his best-known series and one of the defining moments of his career. The first was amongst the works he showed in Paris in 1956, which won him international acclaim. As a sort of imitation of the old smithies, Chillida worked iron linearly. In Around the Void I, however, he bent and shaped the metal in a formal geometric development. Gasteiz (1975) evokes Chillida's early architectural studies in an alabaster schema of the layout of the Plaza de los Fueros (Plaza of the Charter Laws) in Vitoria-Gasteiz, which he developed in tandem with local architect Luis Peña Ganchegui. Other works on show reflect the range of the artist's interests in his work, particularly his sculptures for open-air sites.

Mendiburu's body of work may be described as art informel because of the artist's clear inclination towards matter and material and towards random- or chance-based creative solutions. This is appreciable in some of his earliest works, in which he threw clay at hard surfaces, or his works in high relief on thin metal plate with perforations and seams. Talua (1960) and Untitled (c. 1966) are two good examples of his interest in these work techniques. After coming under the early influence of Chillida's sculptures in wood, Mendiburu developed his own, more personal style in wood, assembling crude morphologies using ancient procedures borrowed from popular crafts. All this is clear in the sculptures Cage for Free Birds (1969) and Roots (c. 1970-1971).

The sculptures in the exhibition are highly representative of the varying phases of Oteiza's development. Itziar (1947) was made in Buenos Aires the year before his return from Latin America, where he had lived since 1935. One of the sculptor's preferred works, this portrait of his wife is clearly marked by the influence of primitive sculpture. After 1948 Oteiza went through two clearly defined phases, one figurative featuring human representations in which the bodies have been hollowed out and perforations made in them, the other abstract, influenced by Spatialism and Malevich's Russian Constructivism. Figures (1951) is associated with the work Oteiza did from 1950 for the Basilica at Aranzazu (Gipuzkoa), derived from the sculpture of Henry Moore. We also have the work dated from between 1955 and 1958 (the year he made the wildly inaccurate announcement that he was giving up sculpture) associated with the 1957 Sao Paulo Biennial, where he won the international Prize for Sculpture. Oteiza focused on a geometric abstraction, in line with work produced by World War 2 artists, which eventually resulted in his metaphysical boxes. From 1955 on, as a counterpoint to his hollow series, Oteiza produced other sculptures, usually in black marble, known generically as maclas; these were also geometric but put together in separately carved compact volumes.

Sistiaga joined the art informel bandwagon in the late 1950s. Another gesturalist,  he applied paint, not always using conventional art tools, fast and occasionally at random. Vital Action: Homage to the Ancestors (1970) expresses these methods on a large canvas which bears the marks of the painter's physical action. The artist freely executes a composition of hugely expressive rhythms via strokes remote from any cultural manifestation save that of his own subconsciousness.

Zumeta's colourful and imaginative work is basically associated with Abstract Expressionism. Whether abstract or figurative, though, his work is spontaneous and powerfully expressive. Painting (1961) is an early manifestation of this. Picasso's death in 1973 (Picasso was a longstanding influence in Zumeta's work) led him to rethink his artistic direction, and he eventually evolved towards a kind of Expressionist figuration full of deformed scenes and characters of great expressive force. This experience led him to a more pictorial, colourful figuration done on some rather unusual supports like cardboard. In other works Zumeta relied on his talent for colour and his formal imagination, appreciable in Painting (1977), a picture that features influences like the sort of gestural flourishes from post-war European painting. Although always allied to Expressionism, his later work, usually done on the large scale, is more abstract and bounding with energy. 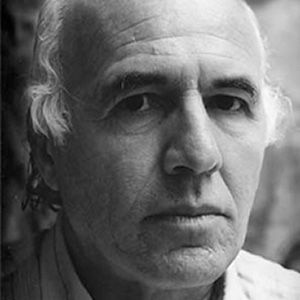 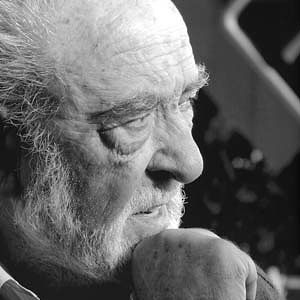 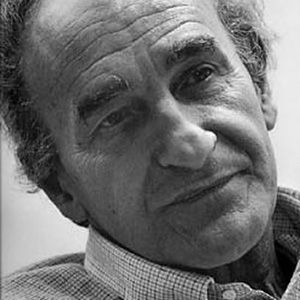 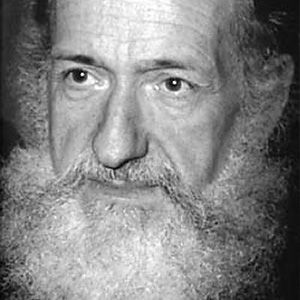 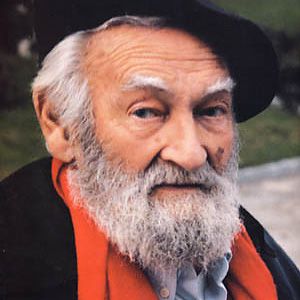 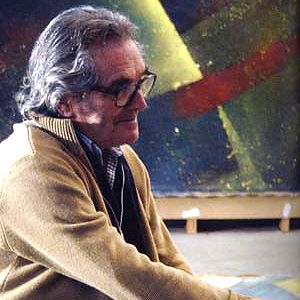 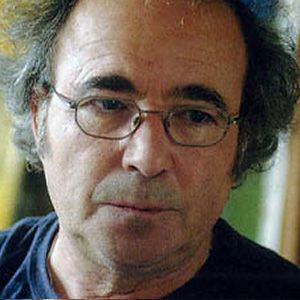 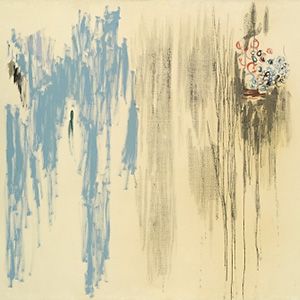 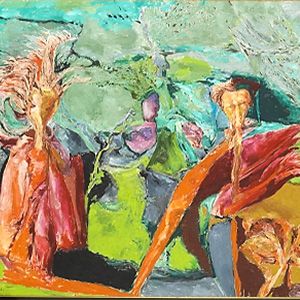 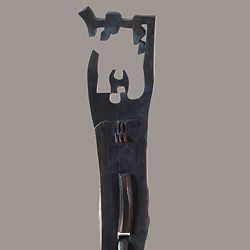 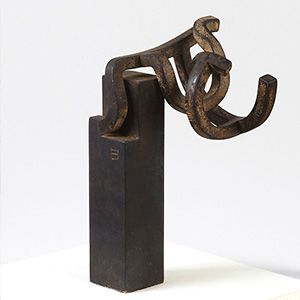 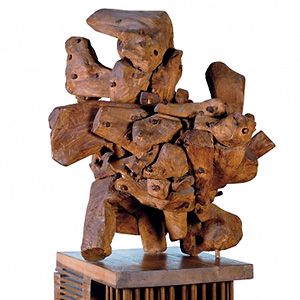 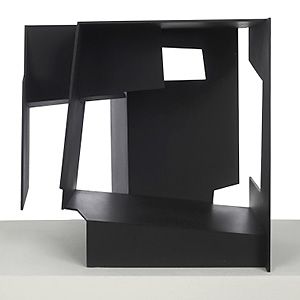 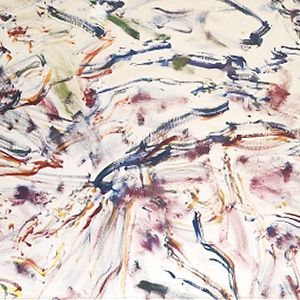 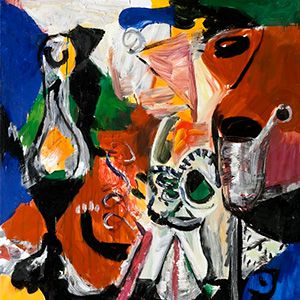 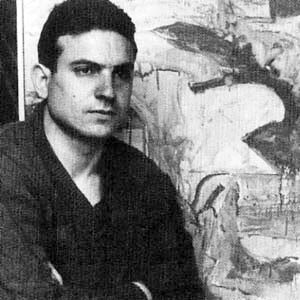