On 5 October this year the Bilbao Fine Arts Museum celebrates 110 years of existence. Between the time of its founding in 1908 and the present day the museum has assembled a collection of recognised merit and of an encyclopaedic nature, with a chronological span from the 13th to the 20th centuries. At the present time it includes more than 14,000 works: 1,621 paintings, 489 sculptures, 884 examples of the decorative arts and 11,152 works on paper, in addition to nearly 3,000 works on deposit.

The origins of the museum lie with a group of local citizens who firmly believed that the economic prosperity achieved through the flourishing steel and shipbuilding industries should be accompanied by a cultural renaissance accessible to all sectors of the population.

This aspiration took shape in the creation of a museum and of a collection that provided the principal vehicle for the achievement of this educational goal. At the time of its founding the collaboration of collectors such as Laureano de Jado and Antonio Plasencia, who along with many others donated, bequeathed and deposited works, was essential for the initial creation of the institution.

This civic initiative soon benefited from the institutional support of the City Council and Provincial Council, which joined forces with private collectors by depositing and acquiring works for the new museum (joined in 1991 by the Basque Government). The project also saw the participation of the large local art community, which was one of the most active in Spain at that period with links to the European avant-garde. From Durrio to Zuloaga and from Losada to Arteta, these artists' support for the founding and evolution of the museum was essential, encouraging from the outset an interest in modern art which has been maintained to a considerable degree over the course of its history.

The exhibition opens with important examples of 13th-century Catalan Romanesque art: the polychromed wood carving of Christ on the Cross in Majesty and the two panels depicting Noah's Ark and The Descent from the Cross. They are followed by 15th-century paintings which reveal the influence of International Gothic by the so-called Master of the Pietà and Pere Nicolau. Also on display are examples of Hispano-Flemish Gothic art by some of its most original creators: Bartolomé Bermejo, the Master of San Nicolás and Diego de la Cruz.

With regard to the 17th century, the Spanish Baroque is represented by artists and works of the highest order, by Francisco de Herrera el Viejo, Pedro Orrente, Juan Ribalta, José de Ribera, Francisco de Zurbarán, Bartolomé Esteban Murillo, Juan de Arellano and Claudio Coello. They are shown alongside examples of European Baroque painting by the Italians Orazio Gentileschi and Domenico Piola and the Flemish painter Anthony van Dyck. The new genres that emerged in the early modern age, such as landscape and genre paintings, are reflected in works by the Dutch masters Jacob Isaacksz. van Ruisdael and Pieter Fransz de Grebber.

The 18th century sees the persistence of the naturalist style in the Spanish school with paintings by Luis Meléndez and Francisco de Goya, the latter represented by portraits of his friend Martín Zapater and the poet Leandro Fernández de Moratín.The first is executed in the Neo-classical style while the second reflects the artist's late manner and leads on to 19th-century art. The influence of the French Rococo aesthetic is evident in its leading exponent in Spain, Luis Paret y Alcázar, represented by the exquisite View of Bermeo which was recently acquired with the financial support of the Friends of the Museum.

Alongside the works by Goya the museum's collection also includes other examples of Spanish portraiture with examples by two great specialists in this genre: Vicente López and Federico de Madrazo.

Having reached this point, the exhibition focuses on two of the museum's core areas. Firstly, the work of Basque artists, which at this period in the late 19th and early 20th centuries constituted an emerging art scene in Bilbao with figures such as Eduardo Zamacois, Anselmo Guinea and Juan de Barroeta. As the century progressed Basque artists became familiar with French painting, particularly Fauvism, as evident in the work of Francisco Iturrino, and above all Impressionism, represented here by Adolfo Guiard, Darío de Regoyos and by the international counterpart of Mary Cassatt. Realism found one of its finest exponents in the scenes of everyday life and leisure painted by Joaquín Sorolla.

The profound influence of the Generation of '98 is reflected in the work of the painters Ignacio Zuloaga, Hermen Anglada-Camarasa, Gustavo de Maeztu, the Zubiaurres and the Arrúes, Juan de Echevarría and Julián de Tellaeche, while new subjects inspired by social and economic changes began to interest artists such as Isidre Nonell, José Gutiérrez Solana, Aurelio Arteta, Joaquín Torres García, Daniel Vázquez Díaz and Agustín Ibarrola.

The exhibition continues in Room 32 with Paul Gauguin, one of the collection's most iconic artists, whose work entered the museum at an early date, as did that of Paul Sérusier, reflecting the advanced and flourishing art scene in early 20th-century Bilbao. The exhibition now looks at the different avant-garde trends which emerged at this period through figures such as Jean Metzinger, Robert Delaunay, María Blanchard, Antonio de Guezala, Óscar Domínguez and Nicolás de Lekuona, who worked in the context of Cubism, Futurism and Surrealism. They are followed by the generation of painters and sculptors interested in abstraction and in the new forms of contemporary figuration: Francis Bacon, Antoni Tàpies, Pablo Palazuelo, Antonio Saura, Karel Appel, Julio González, Jorge Oteiza, Eduardo Chillida, Rafael Balerdi and Eduardo Arroyo.

This selection of 110 works closes with the work of three artists from different generations and disciplines: Ángel Bados, Miquel Barceló and Sergio Prego, all active today within the context of contemporary art in Spain and whose works introduce us to the artistic present. 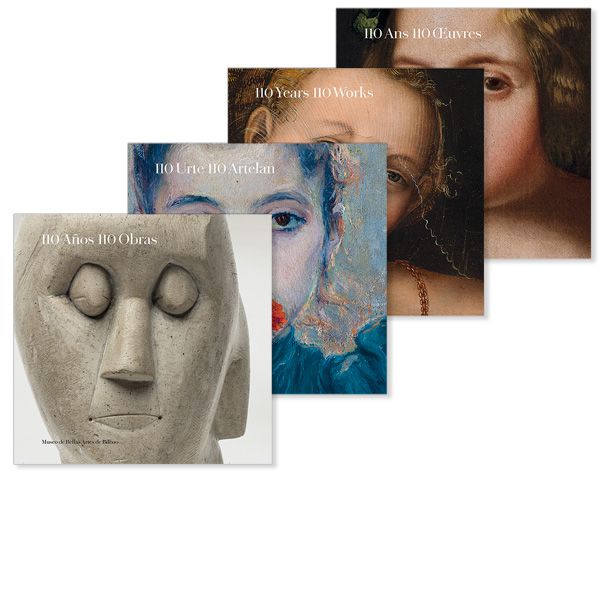 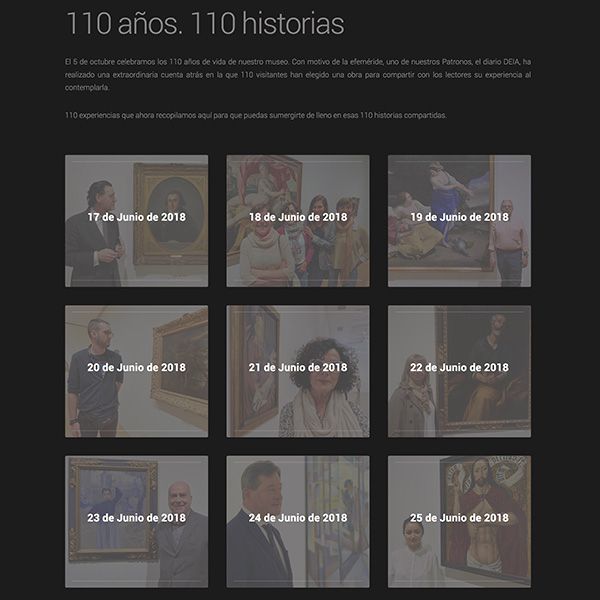